Social networks are bad at news. Can we make something better? 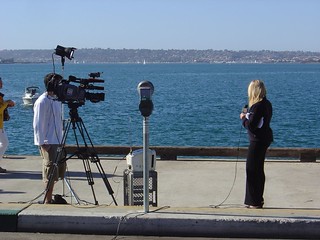 The blogosphere lives. But Sullivan's decision to hang up his keyboard is nevertheless a marker. Sullivan was the closest we had to someone trying to run a blog with real scale. He was trying to make his blog — and its sizable audience — into a business. But blogging, for better or worse, is proving resistant to scale. And I think there are two reasons why.

Meanwhile, Emily Bell, the Director of the Tow Center for Digital Journalism, dedicated her Hugh Cudlipp lecture on journalism to the power that social networks hold over modern news:

Social networks and search engines are the masters of this universe. As we see the disappearance of print as a significant medium, and the likely decline of broadcast television, the paths our stories and journalism must travel down to reach readers and viewers are being shaped by technologies beyond our control.

These are two sides of the same problem. On one hand, Sullivan is finding it unsustainable to maintain his blog. Meanwhile, on the other, Emily Bell points out that newspapers are not in control of their delivery mechanisms or social reach, and essentially are at the mercy of the policies of the social networking companies.

Social networks like Facebook need the content that comes from media outlets because that’s what drives the engagement they need to sell advertising. But journalism and journalistic organizations should get something in return, and that is a commitment to at least consider the principles that should apply to such content, since they now control how and when (or even if) people see it.

The question is, will they?

I would argue not. As I pointed out at Hacks and Hackers last month, the interests of the social networking companies are at odds with the interests of news and journalism. Content is routinely removed for being controversial, whereas the nature of a lot of news is inherently controversial. Journalism is a brave profession with a strict separation between editorial and revenue control structures, whereas social networks deliberately engineer specific responses in order to sell ads and maintain engagement. Those aren't good traits for a news medium.

“We really try to not express any editorial judgment,” Adam Mosseri, News Feed product director, tells Levy. “We might think that Ferguson is more important than the Ice Bucket Challenge but we don’t think we should be forcing people to eat their vegetables even though we may or may not think vegetables are healthy.”

[...] Unfortunately, so far, it looks like users are less willing to engage with “meaningful” stories or news, preferring anything that triggers a strong emotional response. But Facebook is hopeful that when it begins asking users about sets of stories instead of individual items people will start to reward informative content.

Facebook, of course, makes its money through advertising, so its primary driver is engagement: encouraging people to see and interact with sponsored content. Twitter is heading in a similar direction, with features like While You Were Away that highlight content they think you should see. 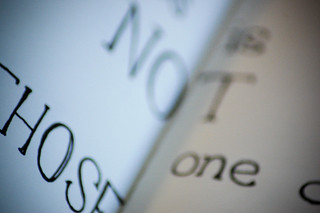 Which brings us back to blogging. A weblog is just a series of articles on your own site. The problems that bloggers have with finding an audience are very similar to the problems that news organizations have with finding an audience on their own sites. In both cases, referrals from social networks are key: Facebook alone is responsible for almost 25% of all referred traffic. (And the average smartphone user checks Facebook 14 times a day.) It wouldn't be possible, or wise, for most publishers to turn their back on these audiences, despite the opacity of the news feed. They're damned if they do and damned if they don't.

Medium clearly sees an opportunity here to be a go-to news feed for serious readers. Their acquisition of the 2015 State of the Union address was a statement of intent. As the Washington Post noted:

Compare that with the response of Kate Lee, Medium senior editor, when asked why the White House would seek out Medium: “You’re publishing to a place that has millions of readers.” Lee says the site, the creation of Twitter co-founders Evan Williams and Biz Stone, gets about 20 million unique visitors per month. “People are already here, and they’re much more likely to discover your piece.” Clean and user-friendly though WhiteHouse.gov and other sites may be, they “exist in their own silos and it can be hard to get people to come to you.” Lee declined to say just how much traffic the State of the Union remarks generated but seemed quite happy with the results.

It's an interesting turn of phrase to describe WhiteHouse.gov, and other organizations' own sites, as silos. Medium is also a silo: you must publish directly on the site, and there are no incoming APIs. It is another social network, albeit one that's done a very good job at attracting high quality writers and readers, and it is not necessarily less of a threat to news organizations. Because the content is hosted on Medium, it is also not a viable alternative to a newspaper, say. There's no way for writers to make money from their content.

The simple answer is that we don't yet have what we need, as readers or publishers - and although the ability to easily find audiences and new content is not readily built into the medium, the web has many of the building blocks. I keep coming back to Anil Dash's seminal essay The Web We Lost, where he describes what we get when we lose the open nature of the web as a platform:

We get excuses about why we can't search for old tweets or our own relevant Facebook content, though we got more comprehensive results from a Technorati search that was cobbled together on the feeble software platforms of its era. We get bullshit turf battles like Tumblr not being able to find your Twitter friends or Facebook not letting Instagram photos show up on Twitter because of giant companies pursuing their agendas instead of collaborating in a way that would serve users. And we get a generation of entrepreneurs encouraged to make more narrow-minded, web-hostile products like these because it continues to make a small number of wealthy people even more wealthy, instead of letting lots of people build innovative new opportunities for themselves on top of the web itself.

In his follow-up, Rebuilding the Web We Lost, he makes the opportunity clear:

As is obvious from the responses I've gotten, many, many people care about a social web that honors certain human and creative values. As I've spent years thinking about the right way to write for this blog, and to build ThinkUp, and to sit on the board at Stack Exchange, and to advise clients at Activate, and to work on all the other stuff I do, I just keep running into the fact that there's a huge opportunity to make a great new generation of human-friendly apps with positive social values.

That's certainly what we aim to be building with Known. We want to help people communicate and find audiences from their own websites (as I'm doing right now from mine). It's also a goal of the indie web and related communities.

An informed voting population is vital to democracy; anything that subverts our ability to receive news and information is, in effect, subverting democracy. However, there's also a hugely valuable market for content that's just waiting to be set free. Facebook isn't going away any time soon - but it may be joined by new, more open applications. As Anil Dash describes them: a new generation of human-friendly apps with positive social values.

Which seems to me to be exactly what Emily Bell was talking about.