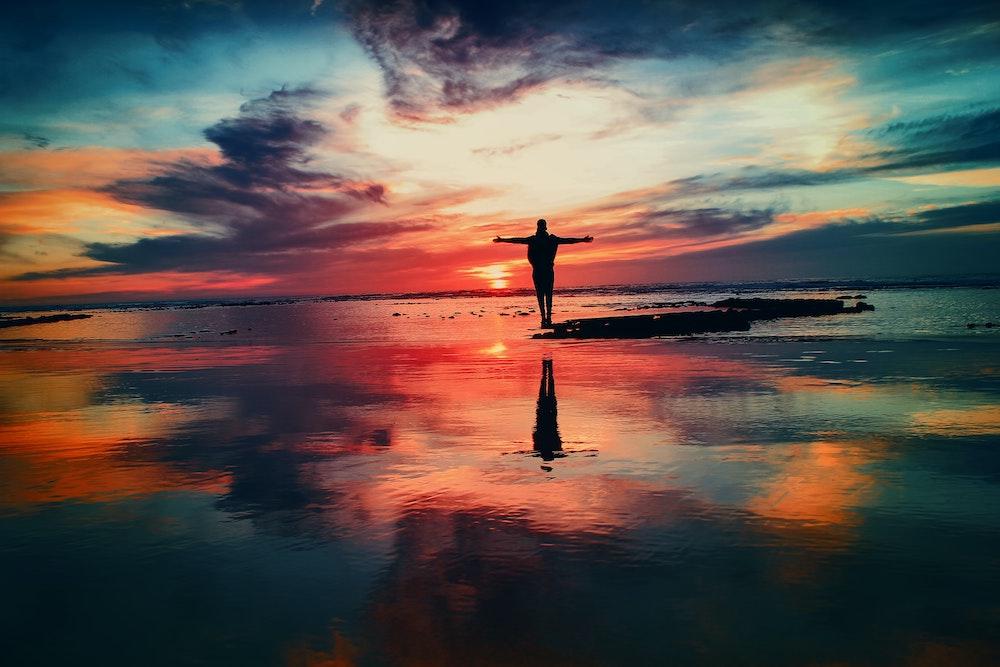 Being laser-focused is a privilege reserved for people who have no real distractions in their life - or those that do, and have sociopathically chosen to ignore them.

“You could be a millionaire by the time you’re thirty,” my co-founder told me, fifteen or so years ago, as we walked out of a meeting with one of the world’s largest banks. I’d built a prototype of a kind of real-time chat system that could integrate with other software systems drawn from across an enterprise. Updates from software and humans would all flow into real-time channels that we imagined could be accessed from any remote office and any trading floor. It was a good idea (and I’m sure Slack would agree). By the next year, I was a paper millionaire: the equity I owned in the business I’d co-founded was, technically at least, worth more money than I’d ever seen in my life.

Up to a point, acquiring more money is a necessary evil. We all need a roof over our heads and food in our bellies. But past that, money is an empty goal that can only be at the center of a meaningless life. I’m no longer a paper millionaire, and I have no real desire to be a real one: the kind whose millions of dollars are actual, liquid cash that can be spent on things. I’ve met enough tired-looking rich people searching for something - anything - that will fill the ill-defined hole deep within themselves to know that’s not the answer.

The quest for more is a kind of prison that we make for ourselves. The idea that if we work ourselves to the bone now we can live a better life later is a convenient lie that we’ve been conditioned to tell ourselves.

Still, there are plenty of reasons to work, and to build.

As I write this, my mother is lying in a hospital bed. A build-up of fluid in her abdomen is making it increasingly hard to breathe. Later, or perhaps tomorrow, they’ll try and syphon some of it off, and run lab tests on what they’ve managed to extract in order to better determine the cause. It’s the latest event in a decade-plus journey that started with a persistent cough.

I’m trying to imagine what her life would have looked like if she (or either of my parents) had been dedicated to the amassing of wealth. Maybe we would have had a nicer car; probably we wouldn’t have lived in the tiny house down the street from a gas station when I was a teenager. But she wouldn’t have fought for tenants’ rights or affirmative action. She wouldn’t have moved thousands of miles to look after the grandmother who safely shepherded my dad through a concentration camp. She wouldn’t have changed careers mid-life to become a middle school science teacher in one of California’s poorest areas. More of my life might have been colored by, and devoted to, the acquisition of wealth. I certainly would have seen her a lot less.

My mother - like my father - made a conscious decision to live outside the mainstream template that was set out for her. Without their example, I think my life would have been correspondingly normie: a career in tech, probably, but without the mission or the meaning. Instead, I’m certain that I want to build platforms and support people with the potential of making the world more equal and equitable. And I’m certain that I want to do it within the context of a balanced life. Life is fleeting; everything can change in a moment, so it’s better to enjoy it while you can.

The lens I’ve been gifted has made me opinionated. I see decentralization as a way to lead to a more equitable society through disassembling existing hierarchies, for example, but I see straight through the people who see these ideas as a way to build a new hierarchy for their own benefit. We used to talk about abolishing gatekeepers in the early days of the web, too, until it became clear that many people just wanted to become a new kind of gatekeeper themselves.

I wrote recently about my disrespect for hustle culture. It’s not just that hustling leads to shallow products, but the whole enterprise feels like a reincarnation of Wall Street in the software realm: an endless supply of performatively masculine wantrapreneurs (the people I’m talking about do seem to virtually all be men) who are interested in software for its ability to make them a fortune rather than its ability to connect, empower, and inform. The incentives this mindset creates are unhealthy at best and, at worst, harmful to their surrounding ecosystems and communities. They extract value from communities rather than providing it.

And why? Past the point of financial safety, there’s little to be gained. Perhaps you glean some fleeting respect from the other rat racers, and from people whose own self-regard is threatened by seeing peoples’ lives deviate from the sanctioned templates, but it’s ultimately empty. It’s a way to perpetuate existing ills and inequalities when being part of a meaningful solution is within your grasp. It’s an entirely inward way to live.

Very little provides more focus than the hospital bed. When you’ve found yourself at the end of your life, how would you like to be remembered? How would you like to look back and think about what you did? Does it involve imaginary numbers on a bank account and the accumulation of status symbols and acceptance from people trapped on the same treadmill, or is there a way to live with more happiness, more pride, and more to be grateful for? Will you wish you spent more time in the office, or more time living? More time doing meaningful, lasting work, or more time making bucks?

Better is not more. It seems to me that this is a common mistake.

Photo by Mohamed Nohassi on Unsplash