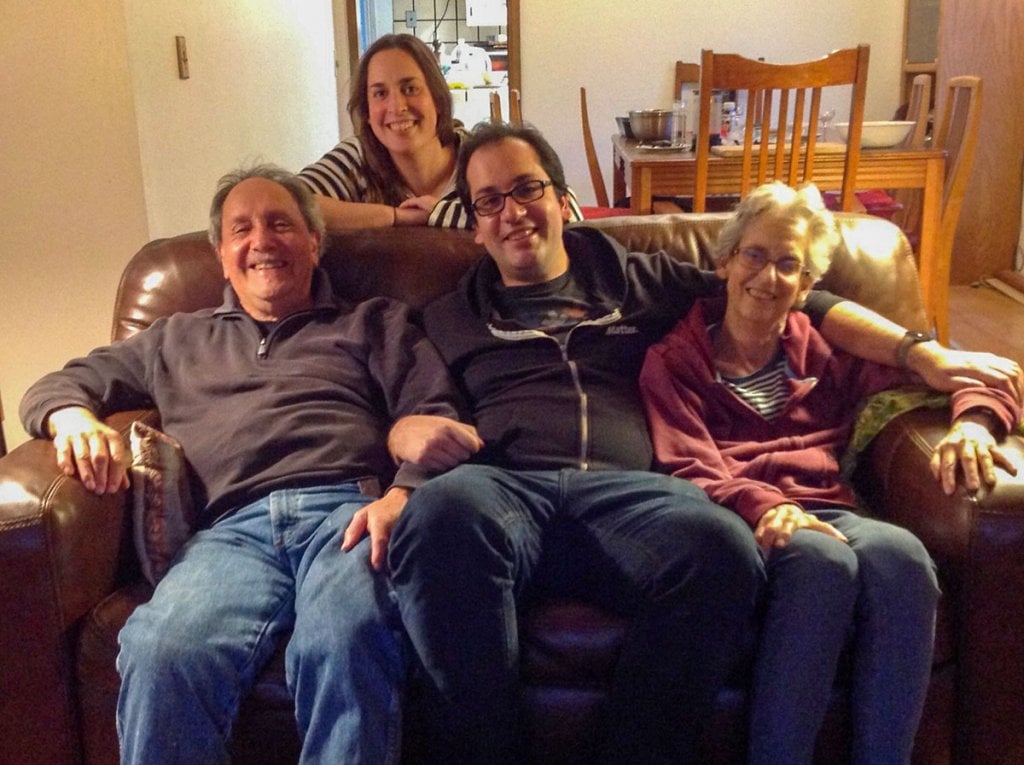 As an adult in the UK whose immediate family lived thousands of miles away in California, I sometimes threw Thanksgiving dinner parties. I think my friends were confused about why I did this on a Thursday night, but whatever; we had fun.

When I joined my parents in California, we had a traditional meal: turkey and its vegetarian equivalent, the various sides, and most importantly, us being together. Like many families, we went around the table, taking turns to explain what we were thankful for. My mother, who depending on the year was in various states of supplementary oxygen use, post-transplant care, tube-feeding, and overall discomfort, would always tear up and say she was thankful for us. We’d all come together - my sister and I both uprooting and moving to California - because she was sick, and we were a unit, getting through this together.

Like most holidays, Thanksgiving is complicated. The traditional story, of course, is based on a harmful lie. Even the post-Lincoln history of its celebration in the US is complicated, although a story I can get much more behind. But I choose to think of it as a time to reflect and be thankful, and hopefully be in the company of people I’m thankful for.

This has been the worst year of my life, bar none. I’m grieving; I still have regular nightmares about that last week in the hospital; the pandemic still rages; even outside of the black hole at the center of my life, it was hard in other ways that in any other year would have been challenging by themselves. And all of this makes gratitude that much more important.

I’m thankful for my family: immediate, extended, and found. I get to have so many incredible people in my life. Community and connectedness are what make life meaningful, and I couldn’t have made it through this year without any of them. So many people have gone out of their way to help us.

This year I’ve also driven across the full breadth of the United States - twice. I visited 38 states. I saw how racist monuments were still enshrined. I saw the proprietors of a Black-owned restaurant in New Orleans (we deliberately only ate at Black-owned establishments in the South) be racially abused by a visitor. I paid my respects at the Greenwood District in Tulsa, the site of the Tulsa Race Massacre, and learned about the difficulties the community still endured. I paid my respects at George Floyd Square in Minneapolis. I saw entire neighborhoods condemned by racist city planning. 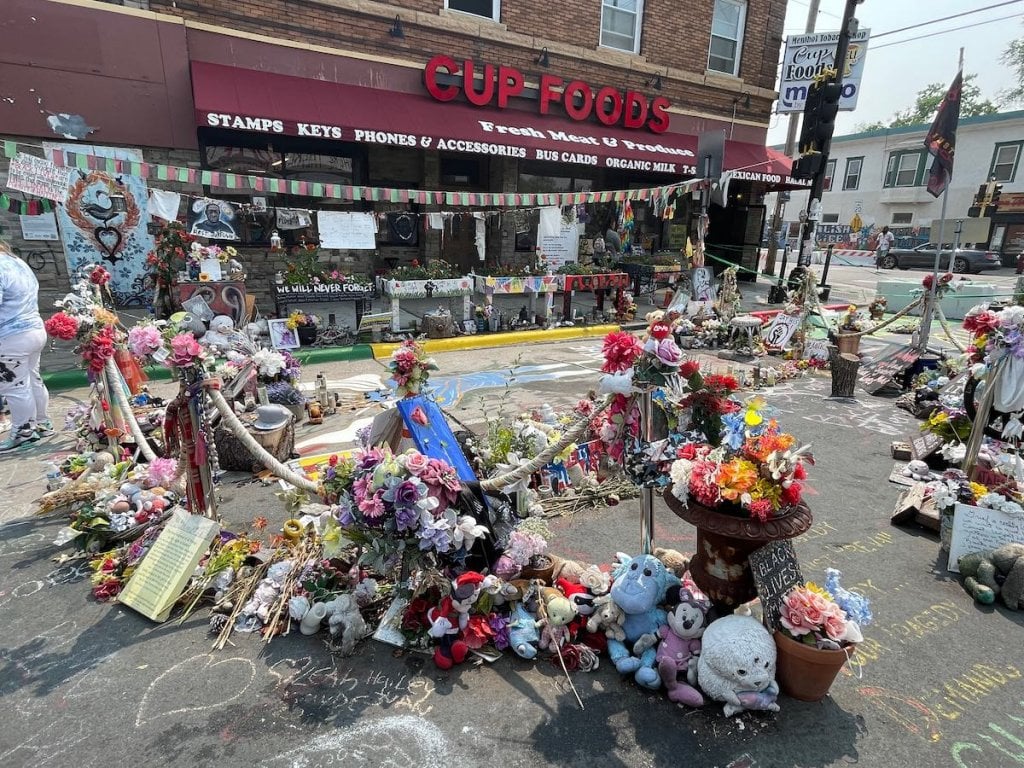 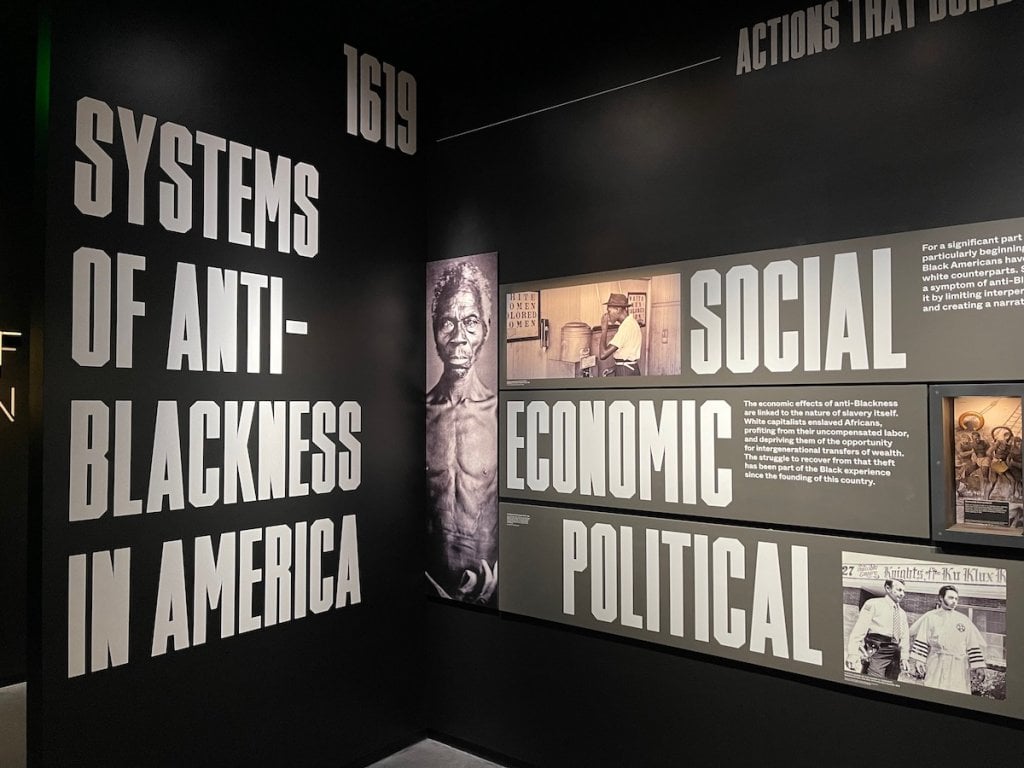 There’s a lot of work to do, and across the country, the hardest work of building a future that supports all of us seems to be mostly done by the most oppressed. I’m thankful for these communities, activists, neighborhood groups, and families who, despite it all, and often despite the rest of us, are doing the most to overcome this country’s violent nature and brutal past. They are who will make America great, and the world great. Building a world with systems that support inclusion, equality, and a better life for everyone is the work of building the future.

Finally, we’re still in this pandemic. Like many of us, I’ve known people who died, and I’ve known people who came close to it. I’ve also had cause to know people who refused vaccinations, fought against the simple, kind act of wearing a mask in public, and mocked the idea of coming together collectively for the better good. While traveling around the country, I saw many signs imploring store visitors to not assault people who asked them to wear a mask or social distance. I’m thankful for all the people who did the right thing, and who were decent in the face of a global catastrophe.

I hope you’re safe and well. I’m grateful that I am. Today will be hard, but I’m glad to be with my family. On we go.