A new CEO for Medium 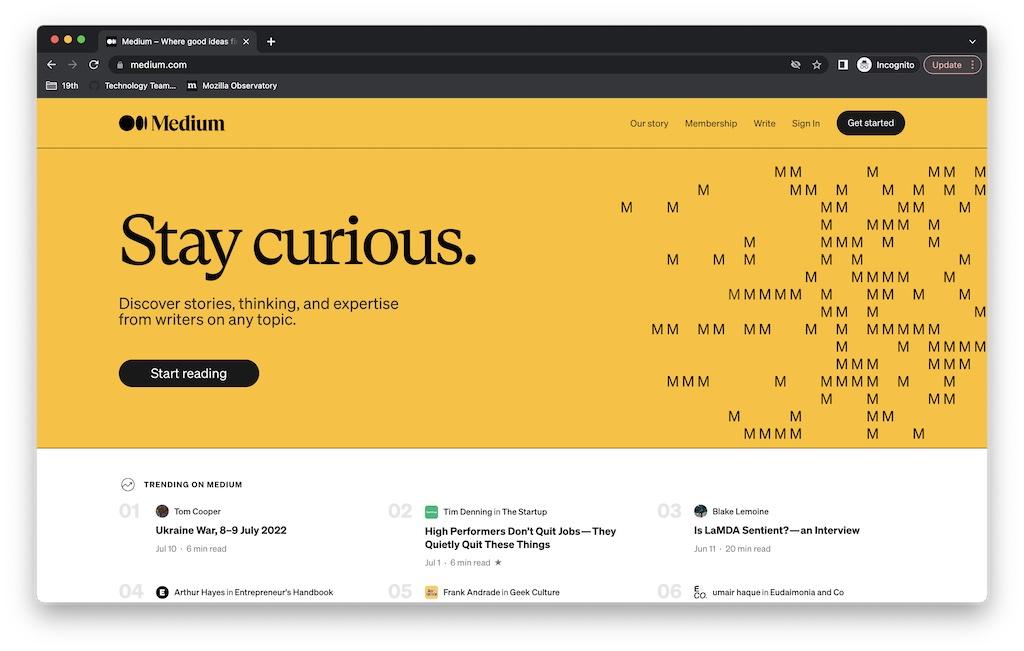 So, Medium has a new CEO, who happens to be someone I like very much.

I worked at Medium in the publications group for a year. It was a pretty daunting experience: my first time working with the kind of budget Medium enjoyed, and with people who were veterans of all the products I knew and loved. I was used to being an outsider, and found myself on a world-class team trying to build something that promoted positive discourse. Honestly, although I had to level up in all kinds of ways, my biggest challenge there was managing the anxiety of working around so many people I looked up to. Happily, a lot of the people I worked with remain very good friends; if I hadn’t been asked to join Matter as Director of Investments, an opportunity I couldn’t say no to, I would have stayed for a lot longer.

My first real interaction with Ev while I was there centered around the open web. Coming from an indieweb context, I was a bit guarded: I didn’t think Medium probably had exactly my priorities, and I was a little worried that the indieweb community might think I’d sold out. The jury’s out on the indieweb community (I don’t think mostly anyone cared), but I was pleasantly surprised to find that Ev cares deeply about the web, was interested in deep interoperability, and believes in the health of the ecosystem as well as the discourse on it.

I’ve known Tony Stubblebine for longer. He was working on Crowdvine while I was working on Elgg; different products, but playing in a similar-enough space that we often found ourselves at the same meetups and in the same discussions. He’s a thoughtful, kind person who is also very analytical, and has always given me good advice. He built a really strong community with Coach.me, both inside and out, and he’s been a really strong champion of Medium’s own community.

So I couldn’t be more excited about two things: Tony taking over as CEO, and Ev going to investigate new ideas as part of a new holding company. I can’t wait to see what they both do next.