Another shitty day for democracy 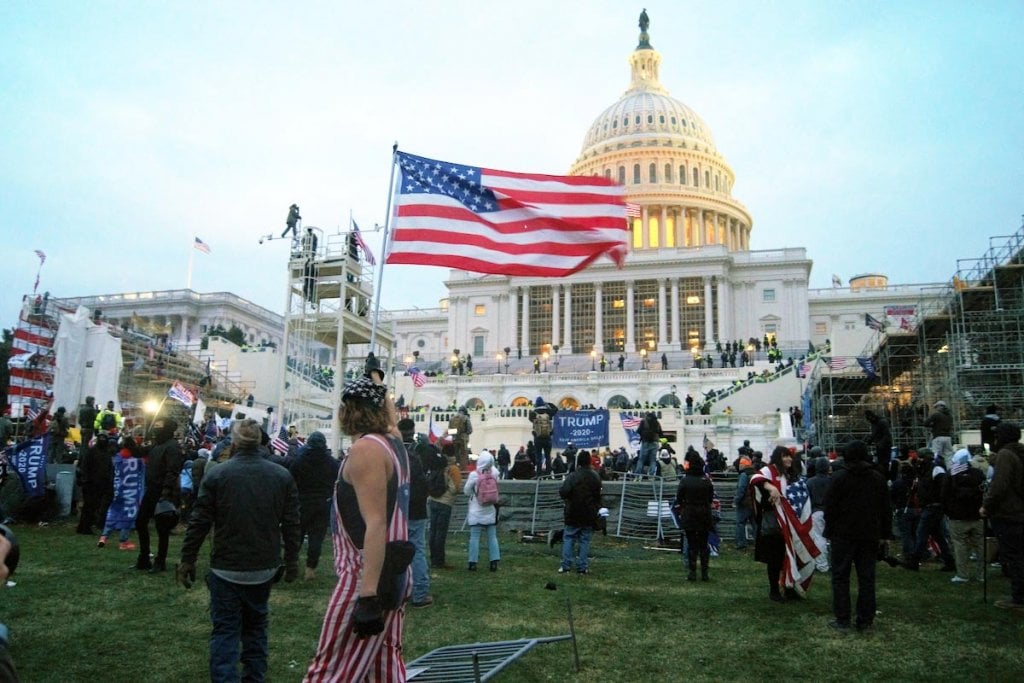 I’m having trouble shaking today from my bones, so consider this post an attempted exorcism.

As I sit down to write, this was a day when a man broke into the Speaker of the House’s home in San Francisco, armed with a hammer, with the apparent intent of attacking her. When she turned out to be in the capital, he violently attacked her husband Paul, fracturing his skull.

This was also a day in which, following Elon Musk’s purchase of Twitter, use of white supremacist, misogynist, and homophobic language quintupled on the platform, while exiled white supremacists on alternative social networks bragged about having won.

Whatever you think about Nancy Pelosi’s politics, hopefully we can agree that breaking into her home and attacking her with a hammer is not the right way to go about challenging them. It’s obviously unhinged. But it is also reflective of a downgrading of democracy as a part of right-wing discourse. It sits on a spectrum with neoreactionaries like Peter Thiel who want to replace representative democracy with an authoritarian monarchy based on corporate plutocracy: something that sounds like an idea from a Philip K Dick novel but is increasingly, troublingly, mainstream.

Musk’s takeover of Twitter was welcomed by these communities because of his stated commitment to free speech. Of course, there’s a particular kind of speech that they care about: nobody was being banned from Twitter for calling for small government or lower taxes. Nobody was banned for arguing against marriage equality on a legal or social basis. It was hate speech and hate speech alone. The free speech that matters to these communities is the kind that allows them to demean people they see as lesser.

The thing about these ideas is that, although the people who wield this rhetoric are loud, they’re unpopular, and becoming more unpopular as time goes on. When polls claim that subsets of the population yearn for life as it was in the 1950s, they call these movements out for what they are: the dying gasps of the dregs of the 20th century, exhaled by wounded egos desperate for something that will make themselves feel more than they are. America’s demographics are becoming more diverse over time. For the pathetic, this is threatening.

It’s in this context of diminishing white supremacy that we see figures starting to argue against representative democracy. Of course they are: as their numbers dwindle, democracy is not a system they can win. The big lie of a thrown election is an ego-saving device that helps them believe they’re not shrinking away from prominence. But shrinking they are. So they need to find other ways of holding power: monarchy and insurrection.

And as their desperation rises, ugly old ideas rear their heads again. We hear again and again about “globalists” and “globalist conspiracies”. For the longest time, I didn’t understand what people meant by this term in the negative sense: considering peoples at a global level in a connected world seems like common sense. But, of course, with a heavy heart, I now understand that it refers to people who have an allegiance to some kind of world order that supersedes their allegiance to their country, which is an accusation that has long been levied at Jews. And correspondingly, there is the return of the “great replacement” conspiracy theory which posits that non-white immigrants are being brought into the country to replace white voters, often by you-know-who. And, yes, finally, the conspiracy theories about “groomers” are little more than reheated blood libel.

It’s not all anti-semitism. There’s an increasing number of people arguing against universal suffrage, as if women voting has somehow brought about their woes. Anti-Asian violence is on the rise. And of course, America has a rich seam of anti-Blackness that runs throughout.

Why, though? What’s the point of all this hate? In the end, it comes down to the maintenance of wealth and power. The bigotry always benefits someone. Just follow the money, whether it’s to fossil fuel companies that underwrite climate change denial, plutocrats who seek to cultivate their own political power, or companies that profit from modern day slavery through prison labor and worse. Hate is manipulation, same as it ever was.

“Cry liberal tears,” white supremacist edgelords yell from anonymous accounts. The anger is palpable, as if they’ve somehow been personally oppressed by policies that asked them not to practice outright bigotry. These people are not geniuses. There’s a sense of revenge behind their words: as if inclusive voices are personally responsible for their diminishing communities rather than the passage of time and their own actions. In choosing to deeply identify themselves with stagnation rather than change, they’ve doomed themselves. Change always wins. And the promoters of this hateful stagnation aren’t in it to help them at all.

It’s surreal to see ideas that bubbled to the surface and almost brought global civilization down a hundred years ago recycled on national TV and in the national discourse. What they’ll learn, though, is that they cannot win - not because they will face stiff opposition, although they will, but because their ideas don’t have legs to stand on. Alex Jones was ordered to pay almost $1 billion to the parents of Sandy Hook victims not because of any unfairness, but because he knowingly peddled bullshit that caused real harm. They will soon find, too, that Elon Musk is far from their savior: already, he has realized that he needs to capitulate to advertisers for his newly-acquired platform to survive. The dalliance with the disingenuous “free speech” crowd was in itself a ruse. Having saddled it with a billion dollars a year in interest payments alone, he is well aware that he needs to make it as mainstream as it comes. In turn, the people who find comfort in hate speech will find that they don’t have the allies they thought they did.

Which leaves the kinds of people who attack politicians with hammers and bring automatic weapons to pizza parlors and force their way into the Capitol building with guns and banners where they always were: as marks for people who manipulate their powerlessness for their own ends.

I don’t feel sorry for them: it’s a pathetic group that falls back to hate rather than positive action. By falling for the scam, their lot in life can only possibly get worse. Through their gullibility and violent conclusions, they put us all at risk.

But my real ire is reserved for the manipulators: the people playing power games. And those people, the plutocrats that think nothing of promoting hate to cement and grow their own power, are where my real worry lies, too.

Photo: United States Capitol outside protesters with US flag, by Tyler Merbler