CTO at The 19th. Writing a novel.
Previously: Co-founder of Elgg and Known; former investor at Matter.

Should you not have kids because of climate change? It’s complicated.

“Campaign group Global Witness found more than 600 people at the talks in Egypt are linked to fossil fuels. That's more than the combined delegations from the 10 most climate-impacted countries.” #Climate

“Advocates for loss and damage warned that insurance schemes like those promised by Global Shield are an insufficient solution to loss and damage, and they worried that such programs will distract from the demand for separate direct funding.” #Climate

Oregon tried to publicize wildfire risk. The backlash was explosive.

““A lot of people were just, you know, shocked,” Chaisson told Grist. “The big thing that people think of is, you know, the worst-case scenario, which is losing your insurance and having your property taken away.”” Obvious room for benefits for people whose homes fall in high-risk zones. #Climate

“Frequent flyer programs use words like “status”, “elite”, and “prestige” for passengers who make ridiculously high demands on the earth’s resources. With private club access, seat upgrades and priority boarding, they use the trappings of social mobility to encourage destructive behaviours.” #Climate

“In the three and a half months following EMIT’s launch, the tool has not only successfully mapped out massive dust plumes and their effect on the changing climate, but has also identified another key piece to the global warming puzzle: more than 50 methane “super-emitters,” some of which had previously gone unseen.” #Climate

“The total loss is akin to the human population of Europe, the Americas, Africa, Oceania and China disappearing, according to the report.” #Climate

Climate change is turning the trees into gluttons

“Although other factors like climate and pests can somewhat affect a tree’s volume, the study found that elevated carbon levels consistently led to an increase of wood volume in 10 different temperate forest groups across the country. This suggests that trees are helping to shield Earth’s ecosystem from the impacts of global warming through their rapid growth.” #Climate

Patagonia Founder Gives Away the Company to Fight Climate Change

“Rather than selling the company or taking it public, Mr. Chouinard, his wife and two adult children have transferred their ownership of Patagonia, valued at about $3 billion, to a specially designed trust and a nonprofit organization. They were created to preserve the company’s independence and ensure that all of its profits — some $100 million a year — are used to combat climate change and protect undeveloped land around the globe.” #Climate

New technique shows old temperatures were much hotter than thought

“Meckler’s warmer temperatures suggest that CO2’s capacity to warm during that time in Earth’s past was higher than was found in earlier studies. “This would lead to a higher climate sensitivity to atmospheric CO2,” the paper says.” #Climate

California to Ban the Sale of New Gasoline Cars

“The rule, issued by the California Air Resources Board, will require that all new cars sold in the state by 2035 be free of greenhouse gas emissions like carbon dioxide. The rule also sets interim targets, requiring that 35 percent of new passenger vehicles sold by 2026 produce zero emissions. That requirement climbs to 68 percent by 2030.” #Climate

“When the wet bulb temperature gets above 95 degrees F, our bodies lose their ability to cool down, and the consequences can be deadly. Until recently, scientists didn’t think we’d cross that threshold outside of doomsday climate change scenarios. But a 2020 study looking at detailed weather records around the world found we’ve already crossed the threshold at least 14 times in the last 40 years.” #Climate

“Women are disproportionately facing the impacts of the climate crisis: They are more likely to be displaced by climate disasters, and due to lower-paid jobs, caregiving responsibilities and the wage gap, they have less economic means to recover and adapt to a changing climate.” #Climate

Is accepting the end of humanity the key to climate action? This scholar thinks so.

“Accepting that human civilization is finite, he says, will challenge us to change our priorities, from worshiping extraction and growth to uplifting the most marginalized in society.” #Climate

Wildfires Are Setting Off 100-Year-Old Bombs on WWI Battlefields

“The area where the fire rages was the site of 12 battles during World War I. More than 200,000 people died and untold numbers of explosives were used. It’s a major problem across Europe that lingers to this day. The Royal Air Force and U.S. Army Air Force dropped 2.7 million tons of bombs on Europe during World War II alone. Seventy years later, those bombs are still killing people.” #Climate

“Heat.gov is geared toward a wide range of decision makers, from companies to local governments to individuals, Spinrad told Protocol, “whether it's a mom trying to decide whether it's safe for kids to play outside, or a construction foreman trying to decide if it's OK for their workers to be out on the job, or a public works manager trying to figure out when road repairs can be undertaken.”” #Climate 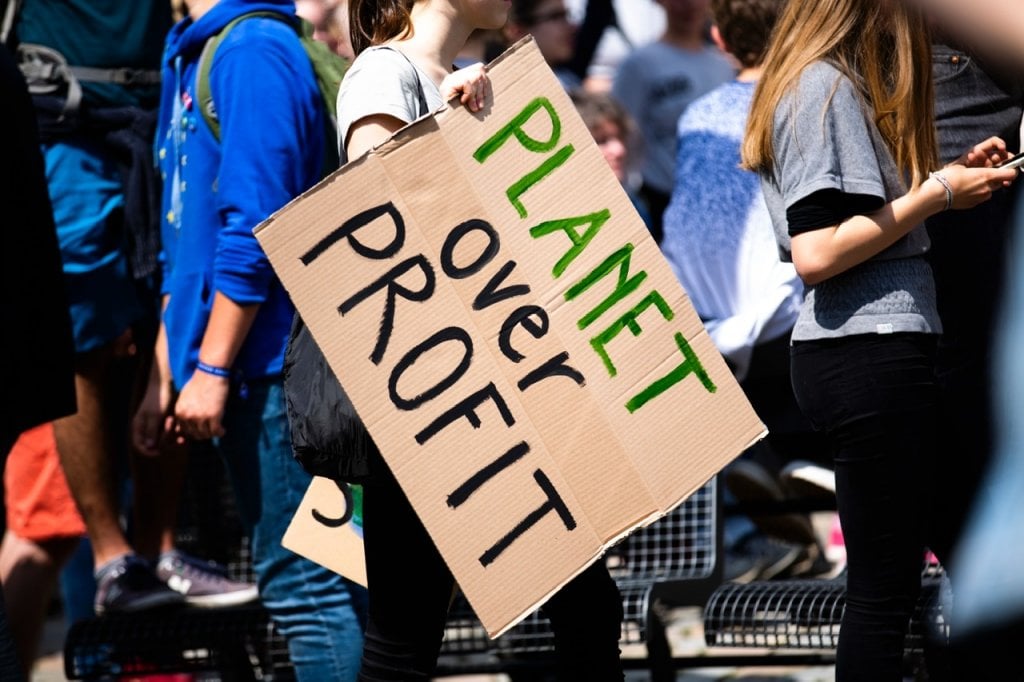 I'm terrified for the future and not sure where to begin.

I have a young, teenage cousin who has apparently been having panic attacks; not because of school or generalized anxiety, but because he has a real sense that the world will have disintegrated in his lifetime. The signs of climate change and our less than inadequate response to it are all around us.

There are three distinct groups that I think are problematic. The first are the people directly making money from outdated technologies like fossil fuels, who will sabotage attempts to move us to more intelligent, renewable energy. The second are the people who refuse to believe that climate change exists, or who spread the lie that it's nothing to worry about. And the third are the people who are so addicted to capital that they can't imagine solving the problem outside of the markets.

I'm a proponent of the Green New Deal, which advocates a program of divestment from fossil fuels, government investments in renewable energy, and robust creation of public jobs to create sustainable infrastructure. Its comparison to the original New Deal is apt; the challenge we face is easily comparable to the devastating context of a world war.

It's a sensible and much-needed solution, but it's under attack from conservatives and centrists alike. Even Joe Biden said he didn't support it during the Presidential debates. The reason is simply that it upsets existing structures of power. A Green New Deal necessitates, in part, a redistribution of equity.

As Naomi Klein wrote recently, that doesn't go down well with free marketeers, despite the horrors we've seen in places like Texas:

The horrors currently unfolding in Texas expose both the reality of the climate crisis and the extreme vulnerability of fossil fuel infrastructure in the face of that crisis. So of course the Green New Deal finds itself under fierce attack.

Another cousin, the writer Jonathan Neale, has published a new book, Fight the Fire, which describes the Green New Deal in accessible terms. In some ways it's the antithesis of the market-driven approach espoused by businessmen like Bill Gates; it's also a realistic approach, endorsed by climate scientists and academics around the world. You can download it for free from The Ecologist (no registration required). It's worth reading - particularly if you're a skeptic, or looking for a way to share these ideas.

There are still a lot of reasons to hope. The activist Greta Thunberg is one of my heroes: both for her rhetoric and her ability to galvanize an entire generation. In a lot of ways, my young cousin's reaction is also positive; it shows an awareness of the problem, and is certainly more realistic than those who seek to gloss over it.