The status is not quo

“I’m sorry to bother you,” the person on the end of the landline call - obviously a scammer - said to me in a clipped Indian accent. “I’m calling from Medicare health insurance. I’m hoping to speak with Deborah?”

I’m not the same person I was. They tell me I never will be again.

The other night, I lay awake in bed at three in the morning as my mind raced through an involuntary clips show of audio and emotions from the last year. When I closed my eyes - every time, not just once or twice - I heard the beep of an ECG monitor, so loudly and clearly that I had to open them again to make sure it wasn’t real.

Maybe this is normal after this kind of trauma. I don’t know what normal is in this situation. It sometimes feels like I’m barely holding on.

It dawned on me that I felt like she was angry with me. She didn’t want to die in a hospital; she had told me that a hundred times. When she was still semi-coherent in that final week, she said clearly, “this is not okay”. (She had also, months earlier, told me that if it wasn’t possible to move her from the hospital, that would also be okay.) But the amount of oxygen she needed meant we were unable to move her. Palliative care was the nightmare she had perhaps anticipated; it’s still not something I want to write directly about. Her death was hard and not what she had wanted. And she wasn’t showing up to say hello because I’d done her wrong.

When I realized that this is what I’d been thinking, a place I’d subconsciously been in for months, I spent the rest of the night unable to hold myself together. She’s not gone because she’s mad at me. She’s gone because she’s gone.

I haven’t really been okay.

“It’s not your fault your parents moved to California. I would have said, ‘sorry, Mum’,” a friend told me years earlier, in a pub in Edinburgh after the local TechMeetup. “Why should you have to move for them?” I suppose it’s hard to understand for some people, who are perhaps more tethered to geography and familiarity than family, but that’s exactly what I did.

My parents moved back to California to look after my Oma; my paternal grandmother. That’s enough of a reason, but Oma shepherded her children through a Japanese concentration camp in Indonesia. Through her ingenuity and perseverance, my dad, who was a toddler at the time, survived. (She also helped save another, unrelated child, who I would love to find.) So when she needed help, my parents flew back and bought a house in the San Joaquin Valley so she could move in with them.

Turlock is a small town outside of Modesto. Lately it’s been the epicenter of some particularly regressive anti-mask groups; when my parents moved there, every radio station played country music and there wasn’t a single bookstore in town. When I first visited, the roads were littered with the remains of tiny American flags. But they didn’t have a lot of money and it was what they could afford. It was easy driving distance to the Bay Area, where they had met and where a lot of my extended family still lived. When my Oma passed away a few years later, they stayed; my mother had become a teacher nearby and it changed her life.

When UCSF diagnosed her with pulmonary fibrosis, the same condition that had taken her mother twenty-five years before, her life changed again. I remember the day my Grandma died like it was yesterday; my mother cried out in the living room and I, all of six years old, didn’t know what was happening. It seemed to me that one day Grandma was here, and the next she wasn’t.

One Christmas, as my then-girlfriend and I were preparing for our trip to head over there, I had a startling conversation with Ma. “I don’t want you to be alarmed,” she said, “but I’ve started to use oxygen.” Within a month I’d made plans to be in California. I remembered my Grandma, and I was scared of losing my mother. That’s why I moved; I couldn’t not. It wasn’t anything close to a choice.

Every moment became the potential last time I’d see her. Thanksgiving became maybe the last Thanksgiving. Christmas could be the last Christmas. Her oxygen tanks got bigger and bigger until she couldn’t work anymore. We ran two fridge-sized oxygen concentrators in parallel to make sure she had enough airflow; the long, plastic tubes trailed across the floor as a path to find her.

It was because I had moved to California that I was with my parents the night she was called in for her lung transplant. She sat bolt upright, her eyes blazing with some mixture of fear and excitement. My parents drove into the hospital in their car; I drove to pick up my sister in mine. I couldn’t get my girlfriend on the phone, and I remember the absolute silence as the moon lit the hills on the edge of the Altamont Pass. I felt completely alone. When Ma sat on the gurney on the outside of the double doors leading to surgery and told me to take care of my father, to be patient with him, I felt alone again.

We got another eight years with her. I feel grateful for that. 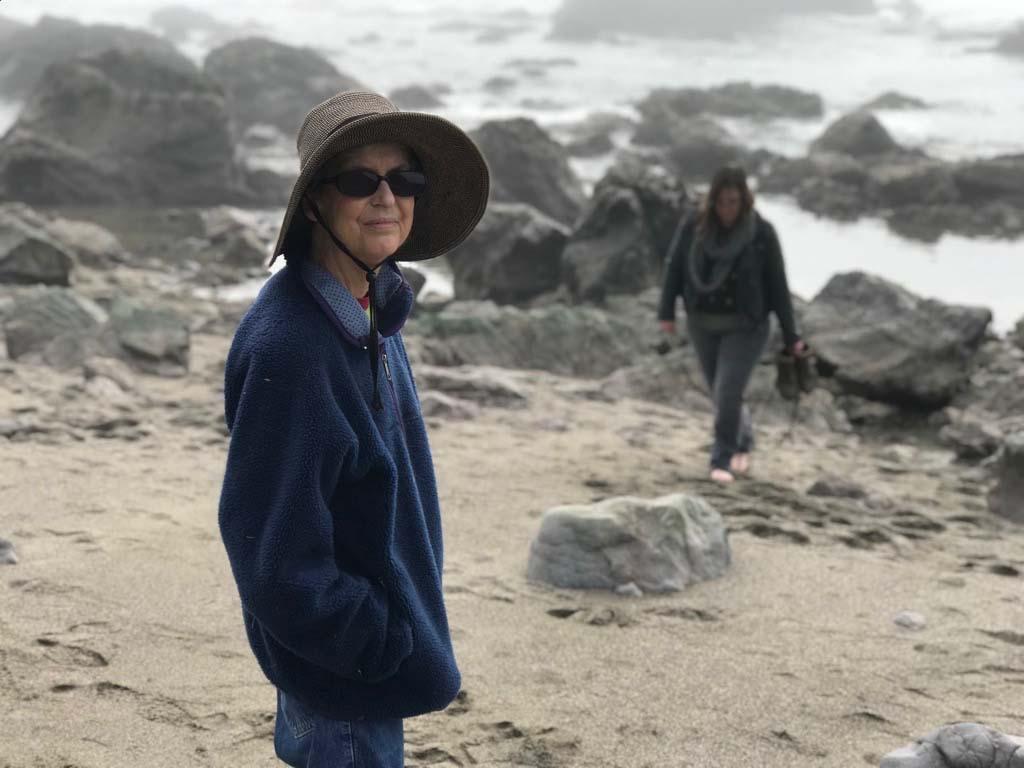 They weren’t easy years, though. She was in and out of hospital, and in 2019 she spent more than eleven straight weeks lying in a bed looking over Golden Gate Park. More than once, she nearly died, but she fought hard. “I’m not ready to say goodbye,” she would say. Even in her last week, she said, “I still have life-force in me.”

More than once, when I flew to New York for a work trip or Oregon for fun, I needed to take an emergency flight back. Behind every plan was the question: what if something bad happens to Ma?

For me, a silver lining of the pandemic was being able to easily spend time with her. By then, they’d moved to Santa Rosa for the cleaner air (it was years before the house would be threatened by raging fires that ultimately came to a stop within a block of it). I worked from a bedroom, which I rearranged so I could sit on Zoom calls with a bookshelf behind me, like I’d seen journalists do on the News Hour. I’d do a meeting, then go check on Ma, then do another meeting. Sometimes, if she was feeling up to it, I’d take her outside and we’d go for a walk. Every night, I’d help her up the stairs and tuck her into bed. Sometimes I’d help her brush her teeth from there, if she wasn’t feeling strong enough to stand in the bathroom. She stopped being able to eat hard food and I’d help set up her feeding bag and connect it to the tube the doctors inserted in her belly.

Sometimes - not enough, which I regret dearly - I would lie on the bed next to her and we’d talk. We’d discuss which books we’d both been reading (or, as her eyesight failed, listened to). We’d talk about what was going on in my life, and her worries about hers. We’d talk about trips we’d like to take and how she thought about life. She would give me advice and perspective, and I tried to do the same.

My sister was often there. At the end of the night, when all the talking was over, she would sit at the end of Ma’s bed with a guitar and sing lullabies. She read to her, sometimes over FaceTime while Ma was at dialysis.

Over the last few years, my sister started to suffer from chronic pain. I’m not remotely qualified to diagnose this or verify if it’s true, but I have to assume that it’s at least in part caused by the stress of it all; the sadness of watching our mother fade against her will.

My dad was a saint. He devoted his life to looking after her. He did everything he could to find cures and solutions to whatever the current problem was, and drove Ma everywhere she needed to go. He slept next to her at the hospital and sat with her at her appointments. His entire life was spent being a carer. Even when his own health began to falter, and his knees gave in, he was devoted to her.

She was the center of our lives, and she’s gone.

I’m lucky, in comparison, to still have my physical health. I’m a lot heavier than I was when we started this journey, but I can walk and run. Emotionally, though, I feel like I’m running an emulation layer: I look like I’m more or less okay, so I feel like people expect me to be more or less okay. I’m barely holding it together, somehow getting through each day, but it’s not something that people can see and hear and touch. It’s buried deep, my brokenness, but it’s there, waiting to erupt.

I want to be clear that I don’t resent it. On the contrary, I feel lucky: I had the ability to move to be closer to my parents and support them through this seismic event. I got to spend more time with, and be closer to, my family than most people ever get to. That’s been an incredible gift.

I also wish none of this had ever happened. I wish my mother had been healthy, and nobody else in my family had succumbed to this awful condition, and life remained uninterrupted. I couldn’t tell you what that would even look like, but I can say that it wouldn’t look anything like what the last decade has been.

And I want a hug. I want this pain, the hole that’s been ripped by the outrageous theft of my mother by this awful genetic condition, to be acknowledged. I want to be taken care of like I’m sick, because I feel sick, even if my body is to all intents and purposes intact. I want to lie under a blanket for a while and breathe. I want to tear apart the fabric of the universe and glue it back together in a shape that doesn’t feel quite so wrong. I want to sleep through the night. I want to let go of this guilt that won’t stop eating at me. I want to feel closeness and love and comfort.

I want to take this disease, which we now know is called dyskeratosis congenita, and I want to burn it to the ground. I want to avenge my grandmother Carol, and my mother Deborah, and my aunt Erica, and my cousin Michael, and anyone else it dares to take from me. From us. I want justice for our theft.

And I want, somehow, to be okay.

For the time being, my attention and focus are gone. I’m not the same person. Very little seems important, because very little is important. There isn’t much to do for now except let it all wash over and accept that it’s a forever part of me. Her loss has been a decade of love, and care, and trauma. It’s not going away; slowly, maybe, it’ll fade.

After that, when it finally does, who knows. 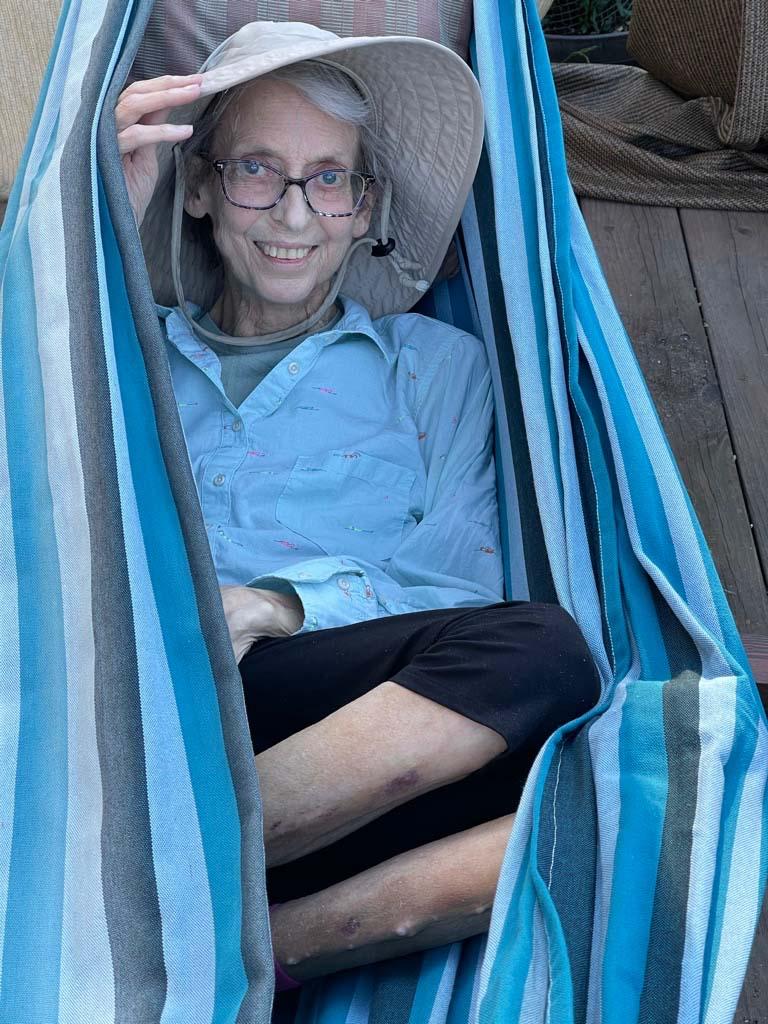