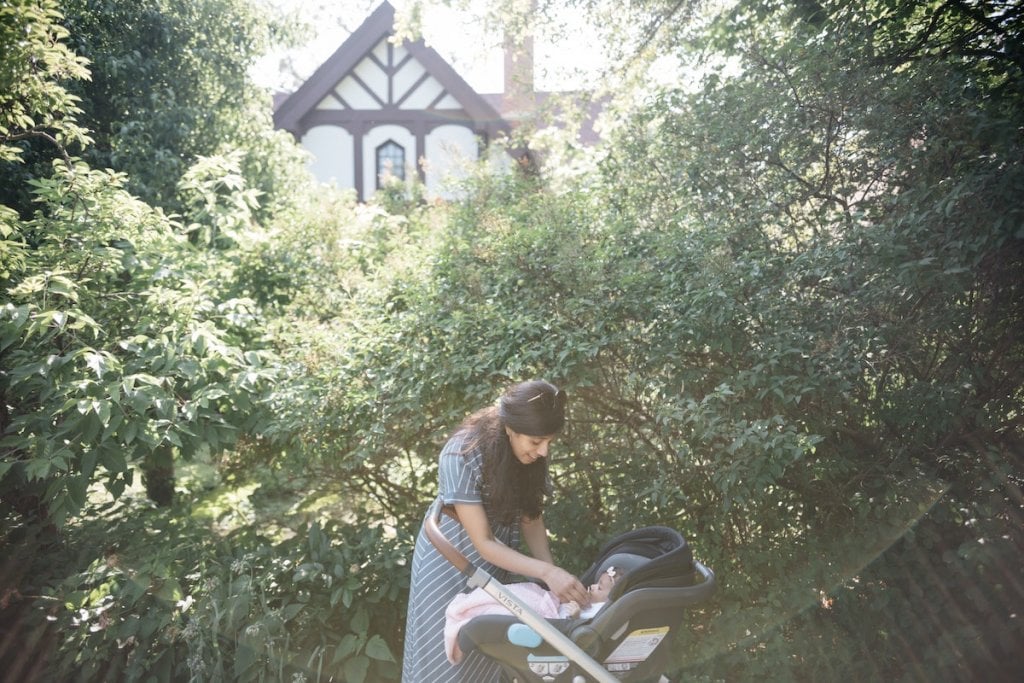 In the spirit of Uses This, here’s what the baby stack looks like right now, a week or two before birth:

Uppababy Cruz. An adaptable folding stroller. What’s super-cool about it is that it supports a bassinet as well as a seat, and can also support an infant snug-seat for very little ones. Theoretically, then, the stroller can last for years, as the baby grows bigger. Although I haven’t yet had the opportunity to try it with a real life baby (soon!), it seems stunningly well-designed in a way that a lot of technology hardware isn’t. Buttons do what you think they should do, and folding it up for storage is one very simple, quick motion.

Uppababy Mesa. A car seat that was shockingly easy to install in my car. Even better, it clicks out of its base really simply, and can actually click into the Uppababy Cruz stroller. It all just works seamlessly, like an Apple ecosystem for babies. I have memories of my parents struggling with belts and braces for car seats, and that doesn’t seem to be a thing anymore. Good.

Happiest Baby SNOO. A smart bassinet. It looks and sounds like something out of a dystopian science fiction novel: it automatically soothes the baby and helps them sleep, like something aliens might do if they were raising humans on a farm. I still don’t know how I feel about it, honestly, but I’ll form a better opinion later on. If it turns out everyone hates the smart features, it also just looks like a well-made baby bed.

Hatch Rest. A combination night light and natural-sound white noise machine. I don’t know about baby, but it helps me sleep.

We have some baby wraps and carriers, but I feel like a three year old learning to put on a sweater. I get lost and I’ve got no idea which ones are good yet; I won’t until later.

Maven workshops have generally been pretty good, although I really wish there’d been more in-person time.

UCSF are, as (almost) always, brilliant.

We’ve been reading him A Midsummer Night’s Dream in the womb. Beatrix Potter, too. I’m one of those people now.

But also singing! And telling stories! And saying hello! It’s the organic, offline, really human stuff that I think is going to make a real difference.

I don’t know that any of these devices are going to be particularly all that. I’m the least excited about the SNOO and probably the most impressed by the Uppababy ecosystem. Most of all, I’ve got no idea what will happen and how it will actually be - and I’m clinging onto anything that will help me feel like I’m not completely lost.

Photo by Steven Abraham on Unsplash