On the eve of immunity, 10 reflections 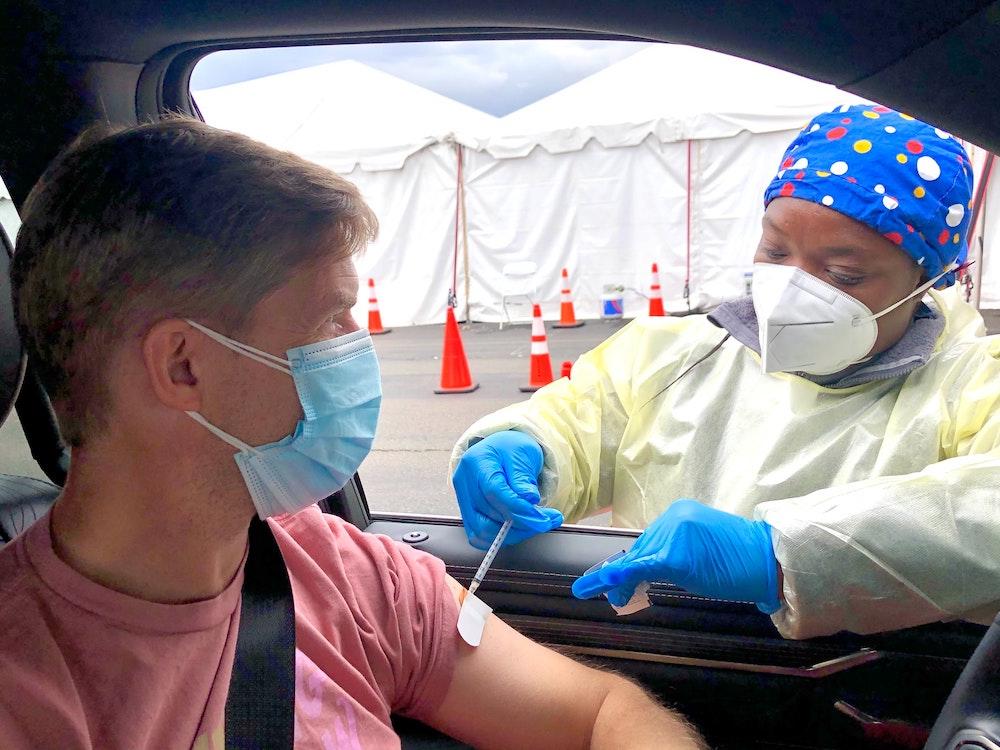 1: I get my first vaccine jab tomorrow. Pfizer. I’m excited: by my reckoning that makes me about five weeks out from being immune. I’m privileged in that the pandemic has been inconvenient at most, but I miss hanging out with my friends and extended family. I can see the light at the end of the tunnel. It feels good.

2: The Moderna and Pfizer vaccines are the first production uses of mRNA techniques for vaccination. Although they received emergency authorization from the FDA, the research began 30 years ago; already it looks like an HIV vaccine based on similar technology looks promising. The AstraZeneca and Johnson & Johnson vaccines in particular were based on techniques originally developed to treat HIV. Money is now flowing into mRNA research.

3: I have complicated feelings about vaccine passports. Dr. Fauci says the US federal government won’t introduce them.

On one hand, I think this is right. An internal COVID passport system is effectively akin to an ID card, which can have real knock-on effects on civil liberties. Here’s a thought experiment: what happens when it becomes easier to get a vaccine passport in one location than another? What do we know about provision of services in predominantly white neighborhoods vs in predominantly black neighborhoods?

I see a vaccine passport to travel between countries as less problematic; those already exist. But internal checkpoints to travel or use services are not great and can open the door to other forms of required ID that can perpetuate inequities.

On the other, it seems reasonable that private businesses will start requiring proof of vaccination to enter. You’ll need to show you’ve been vaccinated to go to bars, sports games, schools, and so on. Given the inevitability this private ecosystem, these proofs of vaccination will need to be regulated. So should we get ahead of them? How can we solve those issues of inequity and avoid mass surveillance while also keeping everyone safe?

Is it worse than a driving license? Does the analogy fit? It’s complicated.

4: At least 40,000 children in the US alone have lost a parent to COVID-19. The loss seems unfathomable.

5: It’s been weird watching people I grew up with turn into anti-mask COVID-deniers. I’m not sure what happened, but it’s surreal to find people I consider friends sharing FUD posts from the executive editor of Breitbart UK (also a climate denier!) while opining, “why is nobody thinking critically about this?”

Some of these same friends were also “jet fuel doesn’t melt steel beams” people, and in that light, I suppose the signs were always there. But I find it confronting to say the least to see this happen to people I trusted. I don’t know what happens to those friendships - and I’m fully aware that this post can’t exactly help - but it feels like disinformation that should have been squarely in the realm of the “out there” has become invasive.

It’s a smaller loss than many have endured, but I feel it, and I’m mystified by it.

6: All my immediate loved ones will have been vaccinated by Wednesday. This gives me a lot of peace.

7: My mother continues to decline, completely independently to the pandemic. It’s been a silver lining of this whole situation that I’ve been able to spend time with my parents and support them while this has been happening. She’s nine years out from her double lung transplant and continues to fight hard; an inspiration to all of us in both spirit and action. She resents her decline and dearly wants to be healthy. I wish I could wave a magic wand and make it so.

Pulmonary fibrosis treatment techniques may improve outcomes in patients with long covid damage to their lungs. It’s possible that mRNA techniques may also improve outcomes in patients with dyskeratosis congenita by correcting telomerase production. It’s all connected, but it’s going to be too late for my mother, my aunt, my grandmother, and my cousin.

8: Poorer countries may not be vaccinated until 2024. As a direct result, the pandemic could last for half a decade. One of the reasons Oxford University chose to work with AstraZeneca instead of Merck because of fears that working with a US company would prevent the vaccine from being equitably distributed.

How can we help with this?

I don’t have a satisfying answer, but I appreciate Janet Yellen’s calls for increased aid. I feel like the US should contribute more directly, not least because of its vaccine hoarding. We can and should do better. (That doesn’t mean we will.)

9: Locking down was important. According to the LSE, the stronger government interventions at an early stage were, the more effective they proved to be in slowing down or reversing the growth rate of deaths. We were repeatedly told by skeptics that we’d lose lives to suicide due to isolation; as it turns out, loss of life to suicide in 2020 was lower than the preceding three years. Lockdown was a public good that saved lives.

I note that conservatives who oppose lockdown are less vocal about blanket infringements on the right to protest. I’m much more concerned about these: in particular, 2020 saw important protests for racial equality that should not be impeded. Black Lives Matter, and the pandemic should not be used as an excuse to squash this movement.

10: I’ve said this before, but I hope we don’t “go back to normal” after pandemic. We need to move forward. So much change has been shown to be possible, from workplaces to societal inclusion to scientific endeavor. We’ve shown that we can come together as communities rather than isolated individuals. As the light at the end of the tunnel gets brighter, I see so many possibilities for growth. Let’s embrace them.