Performative productivity and building a culture that matters 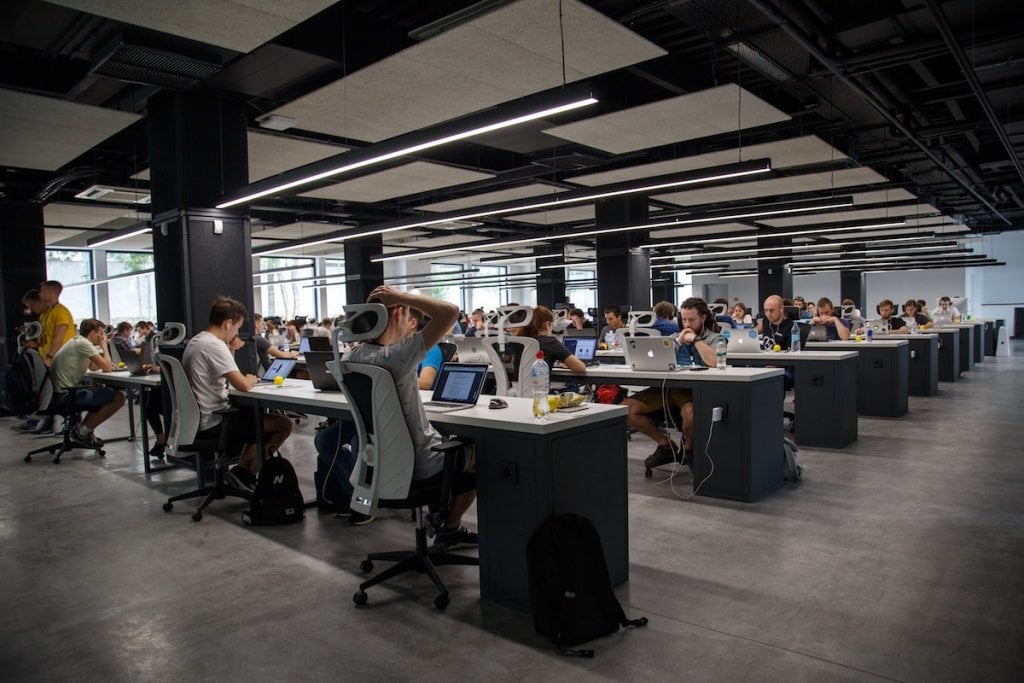 I recently heard a story about a company that, when determining who would be laid off in a downsizing event, asked team leads to rank their teams based on who would be most likely to work on the weekend.

Mind-blowingly, while it’s obviously (or hopefully obviously) immoral, this practice appears to be legal in the US, which has at-will employment in every state. This is one of the many contrasts between European and US employment law, which were the biggest culture shock for me when I moved to the US eleven years ago. In Europe, employers must ensure that employees don’t work more than 48 hours during a week and the minimum vacation allocation beyond statutory holidays is four weeks. In America, it’s often seen as a badge of honor to work 70 hour weeks, and it’s one of the few countries in the world with 0 mandatory vacation days.

Perhaps my concerns around compassionate employment are irredeemably European, but as I’ve written before, long hours with little rest are counter-productive. Environments that want you to work weekends and evenings in addition to standard office hours tend to value performative productivity over actual results, or adhere to a kind of religious belief around work ethic. If these employers paid attention to the research and data, they wouldn’t do it.

This is perhaps even more of a problem in flexible and work from home settings. In my previous piece, I quoted a French member of Parliament:

“Employees physically leave the office, but they do not leave their work. They remain attached by a kind of electronic leash — like a dog. The texts, the messages, the emails — they colonize the life of the individual to the point where he or she eventually breaks down.”

I heard recently about another company where the CEO regularly shouts at their team, and if a team lead suggests that a goal can’t be reached, retorts that they’ll find a team who can achieve it instead. These companies share a common trait: a fundamental lack of respect for the expertise and the lives of the people they’ve hired. It’s as if there’s some inherent value to this kind of work, and that the exchange of time for money obviates the need for human care.

It’s cultural. “I don’t think you should work while you have covid,” I told someone recently, mindful of the research about recovery times and long covid. “Maybe I learned the wrong lessons from my Dad,” he replied.

As well as being health and quality issues, these kinds of attitudes compound inclusion problems: only certain kinds of people can work all hours. Carers and parents, and particularly people from lower-income backgrounds, are more likely to have other commitments.

All aspects of a company’s culture are really hard to change when it’s already been set in motion. Either you care about creating a place that cares for its employees or you don’t, and these values affect the choices that are made by founders from the very first day. It’s impossible to do it bespoke, too: every aspect of a company has to pull together with the same cultural underpinnings. The entirety of a community has to pull together or resentments and friction build.

The same cultural change problem doesn’t apply in the same way across the country. While this is a uniquely American problem, not every American company behaves this way: to be frank, most of the successful ones don’t. One of the most promising aspects of the organization I’m at, The 19th, is its excellent, intentionally inclusive culture; it’s among the best, but not the first time I’ve felt valued at work. And it doesn’t take a people ops superhero to understand that people who feel valued do better work overall.

While I think these problems are best solved through legislation and unionization, competitive forces can be a useful fallback. Not everyone has the luxury of being discerning about their employer, but each of the companies I’ve mentioned is in the tech sector: a world where knowledge workers often do have the privilege of choice. Again, it doesn’t take an empath to understand that, given the choice between two otherwise similar firms, employees are more likely to choose to work at the one with a more supportive culture. It goes without saying that yelling doesn’t make for a productive workplace, but if you want to hire the best people, you’ve got to be the best place for them to work, and understand that, past a point, people are motivated by meaning, not money.

From a prospective employee standpoint, if you’re looking for a job, it helps to understand that you have every right to ask for and expect a better, more supportive culture. Having strong standards here makes the employment experience better for everyone, and helps even the worst employers understand that they need to change if they want to be successful.

But make no mistake: the onus is not on employees here. Employers - and the legislators that govern them in the United States - need to drag themselves into the twenty-first century and learn that a strong culture of support in turn makes for strong companies, and strong countries.