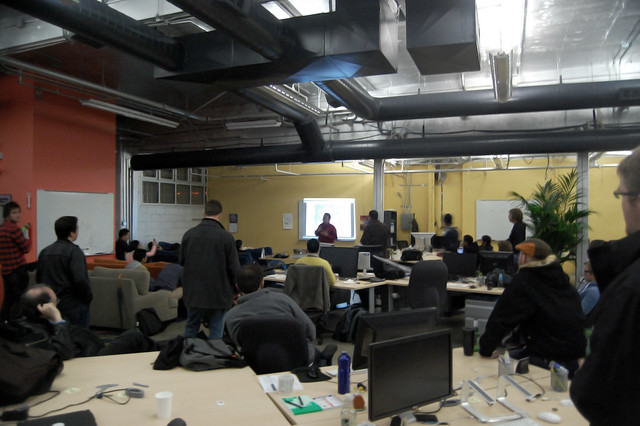 Web 2.0 was only the beginning.

Ten years ago, the read/write web was picking up steam. Services like Blogger, Flickr, Delicious, Upcoming and the nascent Facebook were doing something amazing: building publishing platforms that anyone could contribute to. You could share resources, build professional networks, publish to the world and gain audiences without any development expertise: you could just write, hit "post", and you were done. Publishing had never been as easy in the entire history of the world.

There is some consensus that these platforms were the seed for massive cultural change. We're still feeling the effects. Learning happens when people with different contexts, knowledge and assumptions encounter each other, and this is happening more than it ever has before.

But the social web was a proof of concept. 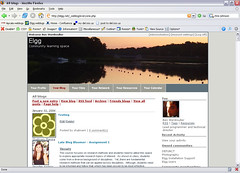 We needed a space to experiment. There's an old maxim that says perfect is the enemy of the good: it's nearly impossible to create a perfect platform straight out of the gate. You need to figure out what works and what doesn't work, and iterate. That's why developers like to release early and release often. That first release probably isn't great, but the sooner you get your software in front of users, the sooner you can learn from how they use it, and change appropriately.

So it goes with Facebook, Twitter, and the other services that have come and gone over the years. We've learned a lot about social behavior. We understand how to create a great user experience that people find comfortable to use; we understand how to make it easy to share and to publish. Those things didn't come easily, but we have them, and the learning was made easier by creating simpler architectures: centralized systems where user activity could be observed.

It's time for the next step.

We know that we need to open our platforms, and that mass surveillance by governments around the world is a problem. It's even fair to say that it's a problem that's been enabled by creating these centralized proofs of concept. Luckily, the next evolution of the web is taking place.

The idea is simple: instead of everyone giving all their information to a site like Facebook, they keep it themselves, but still get to communicate easily using all of the great user experience discoveries we've made. You can still share selfies, make friends, listen to music together and share links, but now you do it in a space that's really yours, and that you get to have more control over.

You can control how you appear on the web. Not just your profile photo and a background image, but the complete look and feel. You can use designs from people around the world, and mix and match them to create something that's completely unique. If you're a developer (and you don't have to be), you can create something new from the ground up, and share it with the world as well.

(And, hey, we've got more developers than ever before, thanks to great publishers like O'Reilly Media, sharing high-quality tutorials and technical content in an accessible way.)

It's not just about look and feel, though. Developers can create new kinds of content, and new apps, and let anyone else on the web use them. You won't need a Facebook account or a Google account; you'll be able to use them because you're on the web and that's what the web does. Nobody will control the new web, and that's going to allow for unprecedented creativity, and new markets for tools and content. It's going to be beautiful.

Not just that, though. Knowledge is fundamental to democracy. The web is going to continue to be a platform that ushers in new freedoms all around the world. That's already been happening to some extent, but when you connect the ease of use of the "web 2.0" movement with the decentralized, interconnected nature of the web, you empower people at a level never before seen.

I'm grateful for the people who have pioneered web publishing, and who continue to build amazing new experiences. It's fun to see that creativity start to funnel into the indie web, and it's a privilege to be working on some of those tools myself.

It's been a great ten years to write software. I think the next decade on the web is going to be very bright indeed.

If you're interested in these ideas, Indie Web Camp is being held at the end of this month in multiple locations. You should also sign up to learn more about Known, the indie publishing platform I co-founded. We're launching later this summer, and it's going to be great.

By the way, that picture above is the debut of something called the "Open Stack" in Digg's offices in 2008. It included lots of truly open technologies, including ActivityStreams, which is still used today.