Eventually, every app builds for the web. Here's why.

Snapchat is letting users share some stories to the web:

By opening up Stories to the web, Snap envisions a way for content on its platform to go more broadly viral — the way Twitter and Instagram posts have captured real-time news and cultural events. News organizations, for example, could link to Snapchat Stories on the web, while celebrities will be able to share their personal Snaps outside of the app.

This is exactly why every social app will eventually allow users to share to the web. A crucial part of every user journey is discovery: that touch point where someone discovers your service for the first time. Building something slick and assuming users will just show up is a massive mistake: they simply won't.

In the name of growth, and because it's a genuinely useful feature, every social service eventually allows you to share content with people who haven't signed up yet. And when you do share to someone who doesn't have the app installed yet, there are really two possibilities:

1. They get a page telling them to install the app.

2. They get a preview of the content that they would experience using the app.

Speaking for myself, I would never randomly install an app from a share - or at least, the barrier is much, much higher. Most people carefully guard what they install on their phones. But if I click through and see some great, personal content without needing to install the app - and then I see more and more of it over time, perhaps via Twitter or Facebook, but potentially sent to me via IM or email - I'm much more likely to install the app and sign up myself. That's the growth story for Instagram. A version of it was the growth story for YouTube. And even Twitter, back in the old days, had amazing web embeds that started to show up on peoples' blogs.

Sharing an experience without asking you to install software is something only the web can do.

It's a sign that Snapchat wants to grow faster and build a much larger audience. It's also a sign that it's growing up beyond what was an exclusive, and slightly obtuse, social network into something it wants everybody to use. Such is the path of every social network. 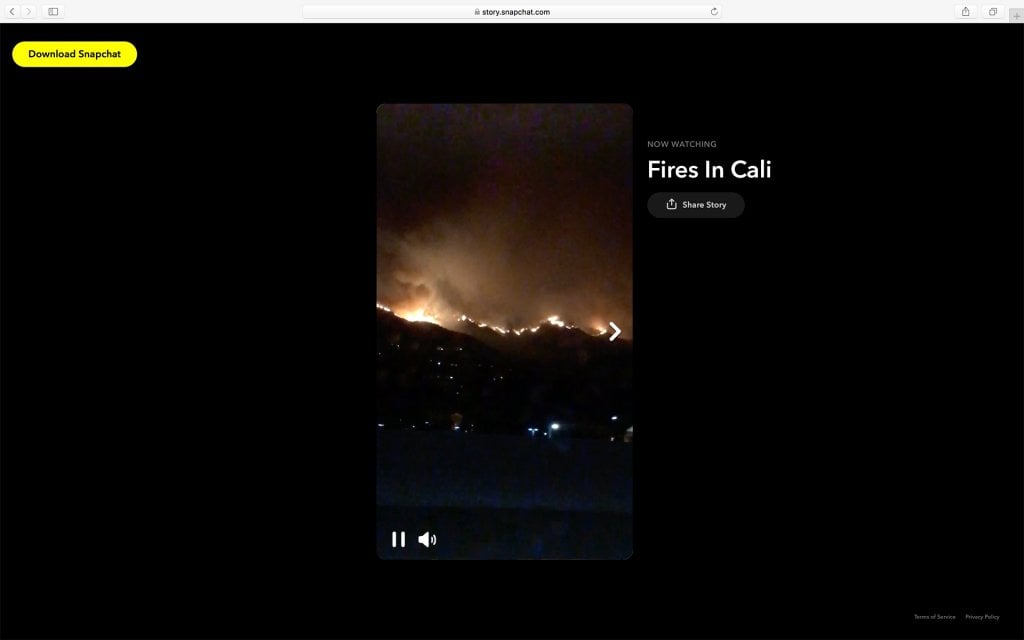