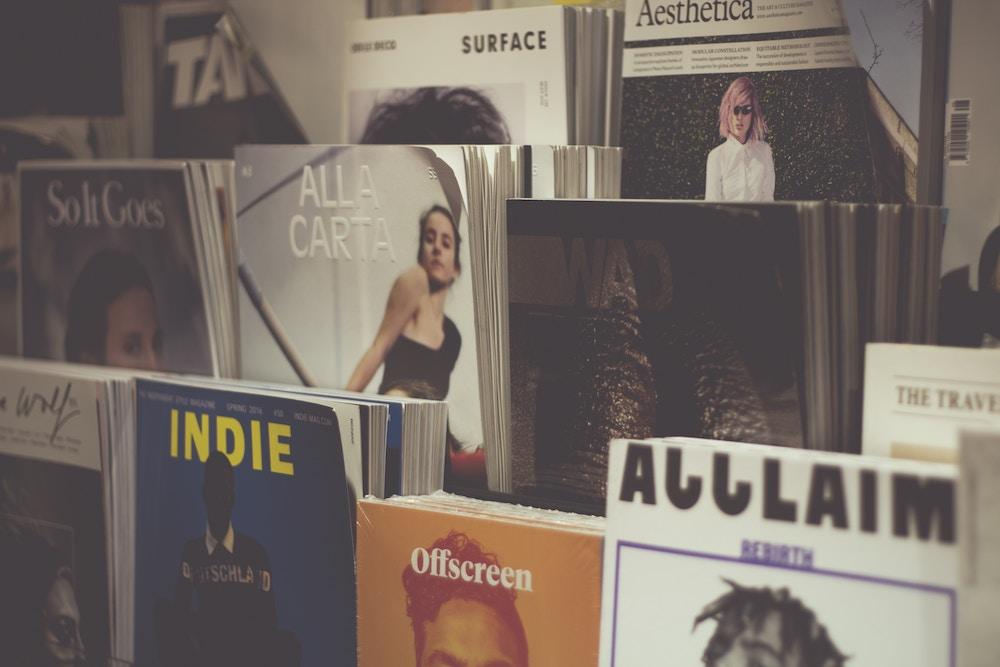 I remember reading about Tavi Gevinson when she was just starting out; a wunderkind blogger. Now her media company is winding down - but at least it's winding down on her terms.

Her goodbye letter is beautiful:

In one way, this is not my decision, because digital media has become an increasingly difficult business, and Rookie in its current form is no longer financially sustainable. And in another way, it is my decision—to not do the things that might make it financially sustainable, like selling it to new owners, taking money from investors, or asking readers for donations or subscriptions. And in yet another way, it doesn’t feel like I’m deciding not to do all that, because I have explored all of these options, and am unable to proceed with any of them.

This was what I wanted to help solve. It was my job, but it went far further than that. I was up late at night while writers turned entrepreneurs cried on my shoulder; sometimes, I cried with them. I felt every setback and every problem, always wondering if there was more that I could do. And I did this as just one part of a bigger team, which in turn was just one part of a bigger movement, all understanding the importance of media, all invested in new ways to pay for it.

It is so far from being solved.

And yes, we're talking about a fairly privileged fashion blogger from New York City. But we're also not. This experience is wider and deeper than just this one publication. And even when we are focused back in on Rookie, Gevinson's unique perspective, alongside the unique perspectives of all the previously-unpublished young women writers she supported, is worth preserving.

I want these voices - of women, of people of color, of anyone with a new perspective or an insight or just words that make you feel anything at all - to be sustainable. The world needs them. Our tapestry of culture is better for their presence. Ensuring we have a thriving media has never just been about direct journalism and reporting the news (although those things are vitally important); if we accept that media is the connective tissue of society, the way we learn about the wider world, we must also accept that a vibrancy of diverse voices is central to that understanding. Not just in terms of who gets reported on and who stories are about, but who gets to make media to begin with.

The most compelling business model for media companies in America is to be propped up by a billionaire. Overwhelmingly, they lose money, and depend on wealthy benefactors to survive - sometimes through acquisition, and other times simply through donation. There are other, incrementally devolved versions of this: in a patronage model, publications ask rich people to pay so that everyone can read. Subscription models create gated communities of information. Kickstarters ask wealthy people to benevolently pay for something to come into existence. In all of these models, young media companies, outlets for voices, must in some way contort themselves to be appealing to rich people, who are predominantly white, straight men, even if those people are not its core audience.

So, then there's this. This quote is so real, and it viscerally conjures up so many feelings for me:

One woman venture capitalist told us, after hearing my very nervous pitch, “I hate to say this because I hate that it’s true, but men who come in here pitch the company they’re going to build, while women pitch the company they’ve already built.” The men could sound delusional, but they could also sound visionary; women felt the need to show their work, to prove themselves.

Women have been told "no" so many times that they don't dare to discuss the true vision for what they want to build. I've certainly been in funding discussions where the true vision was obvious but unspoken; allowing it to flourish required creating a very safe space, and one that I'm inherently less qualified to provide. An ambition unspoken is not an ambition unconceived.

Public media, as with public art, has a measurable impact on everybody's quality of life. There should be public money available for both, as there is in other countries. The reliance on wealthy individuals to graciously provide is perverse. But here we are.

Given the strangehold that rich people and their agents have on culture, we should empower more diverse people to be able to deploy that money where it's needed. Venture capital firms should aim to have more diverse partners, to make safer spaces for more diverse founders - not just for social reasons, but because immigrants founded over half the billion dollar startups in the world and companies run by women perform better.

We can't, though, accept this status quo. Ensuring that more funding goes towards supporting diverse voices means overhauling the system of funding itself. That means removing all of the funding gatekeepers. Why are they there to begin with?

My ideal would be an independent pool of money that predominantly comes from public funds, but I recognize that this is a very European-style idea that is unlikely to gain traction in the US.

Ultimately, though, it's a half-measure. A solution to a world where the decisions over whose voices get to be heard and who gets to be distributed are related to wealth is simply this: the wealth needs to be more evenly distributed. So many of our diversity problems are because society is unequal. Income inequality continues to grow in the United States, as it does in many other places - and of course, the people who hold an increasing majority of the world's income are white men.

A world where everyone has money in their pocket to support what they care about is one where many different types of voices are supported. That, it seems to me, is the real problem to solve. We have to remove the strangehold of a very small number of rich people on all of society; a strangehold that was originally established through racism, colonialism, and oppression. We're building a world where everyone else, and every endeavor that they do not directly control, must go back to them to ask permission. Everything else - problems in our political system, problems with media business models, productivity, economic diversity, crime - can be drawn back to this. We urgently need, coherently, together, and in a way that embraces our ideological diversity and differences of contexts and backgrounds, to find a way to empower everyone to live.

Photo by Rita Morais on Unsplash