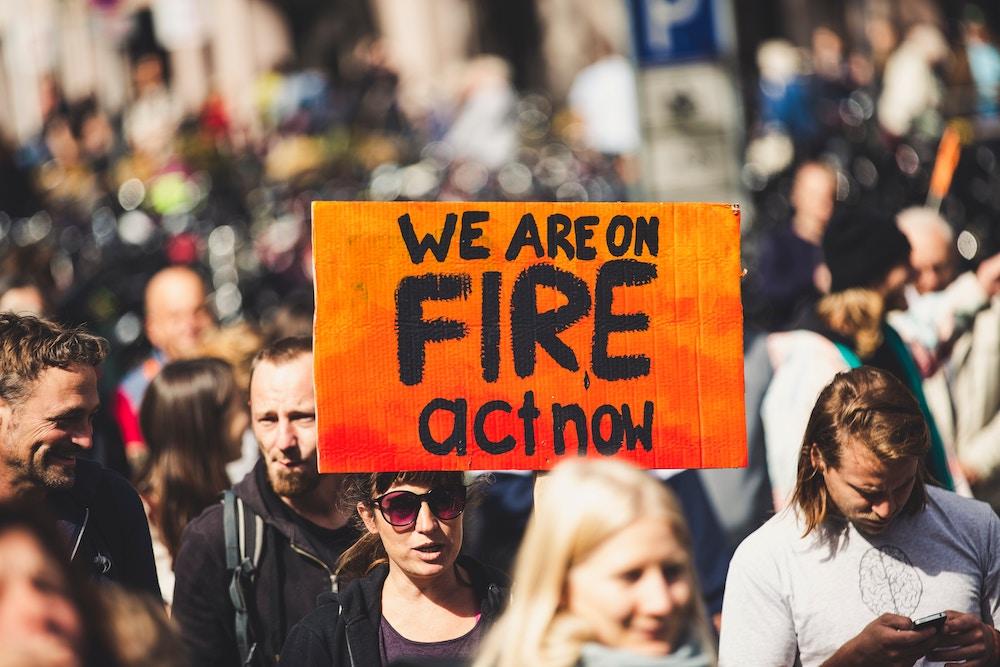 The climate crisis is the single biggest challenge we need to face as a civilization. It's also one of the first that we need to face holistically: the entire world coming together to save our collective selves. So far, we're doing horribly.

There's been some criticism that the stories we've heard from scientists and the media so far have been too alarmist. On the contrary, I don't think they're anywhere near alarming enough. And a lot of that comes down to how these stories are framed.

I've spent a lot of my time advising founders about how to get their message across. They live in their industries every day, and they know every nuance and every implication. So when they start to tell stories about the products they've built with their blood, sweat, and tears, it's often not real or concrete enough. They make the assumption that because they understand the implications and see the problem, everyone will. A lot of pitch coaching comes down to helping them tell the story in a way that will allow others to feel the problem.

Similarly, I'm not sure climate scientists - and more importantly, the media - are telling the story in a way that will make people feel the problem enough. It's why activists like Greta Thunberg and Extiction Rebellion are so needed and so effective: these people and groups make it clear that the problem is immense, and that it will affect real people all over the world.

For example, I read a story today that reported that a one-meter sea level rise by 2300 is now inevitable. That's actually really terrible news, but it's impossible to get a handle on it from the story. What does a one-meter sea level rise really mean? And isn't 2300 literally after the entire timeline from Star Trek? (TOS, not TNG, you pedants.) It seems so far away and like something we could deal with maybe two or three generations from now.

But people will die. It might seem ghoulish to make that into drama, but honestly, that's how the message will get across. These stories sound hyperbolic exactly because the human cost is going to be unfathomably high. Their incomprehensible scale doesn't mean they're wrong. 30 years from now, 300 million people's homes will be washed away. 80 years from now, it's half a billion. And these are median estimates that only consider how many homes will be flooded. It doesn't even begin to consider thee number of people who will deal with lethal heat, or the effect on the food chain. When you put these things together, there are some credible predictions of the end of human civilization within three decades.

It's fine to report the scientific detail. We need facts and data. But let's put it in context, and assume that most people haven't been paying attention. We need to show that the threat is real and credible; that it will directly impact them; and that it will lead to war and famine that will likely exist very soon indeed.

We live in a consumerist society where everything is presented in terms of products. So, let's talk products. Tim Burton's Batman was released 30 years ago. So was Indiana Jones and the Last Crusade. And, yes, Star Trek: The Next Generation is thirty-two years old. In less time than that, it could all be over.

Photo by Markus Spiske on Unsplash