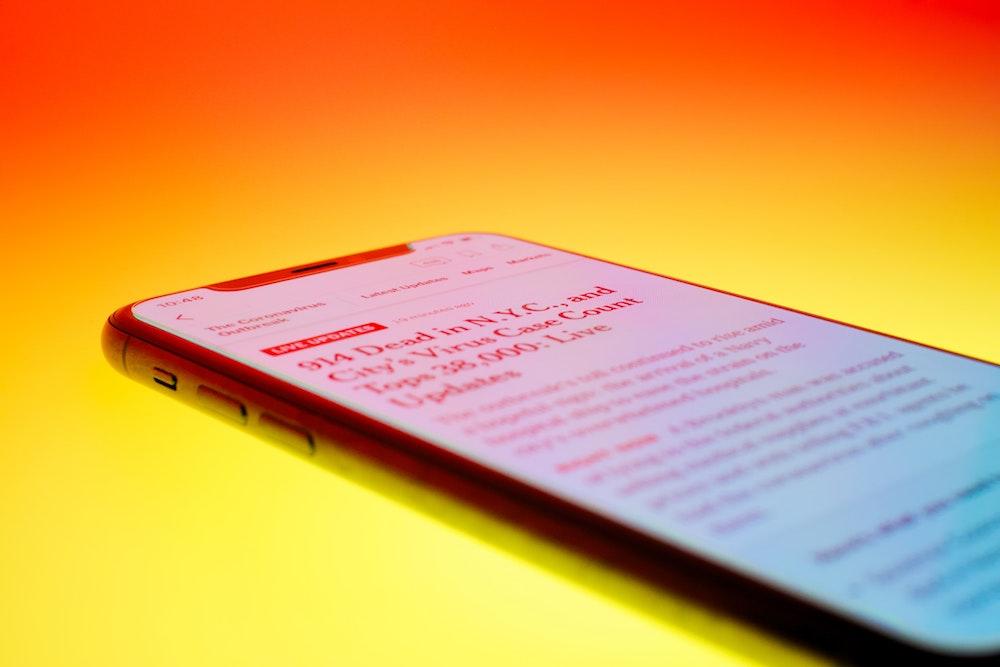 Over the next few months, Google and Facebook will, combined, spend close to a quarter billion dollars supporting local news. [...] Google said it expects its relief funds will reach at least 4,000 different publishers. Facebook has already dispersed $16 million across 200 different newsrooms.

Elsewhere in that article, Richard Gingrass, the VP of News at Google, has a telling quote: "The money we make with our advertising tools is entirely dependent on the success of publishers."

The core of Google and Faceboook's revenues depend on publishers - and as such, they've spent the best part of two decades ensuring that they are intrinsically linked to those publishers' digital strategies, in order to maximize its share of the proceeds. Without their willing participation in these two corporate ecosystems, the entire news industry loses its distribution, its revenues, and its communities.

Once upon a time, each website produced a feed of content, in one of several standard formats, which you could read with any number of readers. New content would show up in your reader as soon as it was published; depending on your app, it might be presented in a reverse-chronological list, or it might be shown to you via an algorithm that predicted what you might want to read first. In either case, the mechanics of production, monetization, distribution, and audience growth were owned by the publisher.

Google Reader's closure was an important step in building this new world. Not only was Reader a great feed reading product, its APIs and infrastructure were used by many other feed readers. Suddenly, that infrastructure was gone; innovation in the feed space became a great deal harder. Meanwhile, Google redirected its investment towards its own walled garden. As Wired noted at the time:

No matter what Mountain View says about changing user habits, though, both Now and Plus do one thing: They keep you in Google's world. It's a de-emphasis of content source.

And perhaps these walled gardens do offer something of a better user experience for many users. (We could debate that. I prefer feeds.) The problem isn't so much about the principle of closed software vs open feeds. The problem is that the entire news industry has consolidated down to two points of distribution.

Anyone with a passing familiarity with Michael Porter's Five Forces will have identified that Facebook and Google have outsized supplier power over the entire news industry. This influence is often wielded in ways that benefit the technology giants at the cost of publishers; consider the infamous pivot to video, which was based on incorrectly reported analytics that just happened to benefit Facebook's platform.

In turn, the news industry has an important part to play in democracy, civic life, and the health of our communities. According to one of many studies, voters in districts with less campaign coverage had a harder time making democratic decisions and were less likely to vote. Each dollar spent on investigative journalism yields multiple dollars of savings to society. A loss of local news can also actually make it harder to track the spread of infectious disease.

The news touches all of society. And all of it is in the hands of two wealthy tech companies.

So where do we go from here?

First: I believe that the news industry needs to have representation in technical circles, and have a strong influence in how new technology standards are made. The Washington Post recently joined the World Wide Web Consortium, but not all publishers are able to devote the time or staffing to do this work. A non-profit dedicated to advocating on behalf of publishers, and advising publishers on technology issues, could spread the work and the cost for the benefit of the entire industry.

Second: publishers need to buy in as first-class participants. They need to acknowledge that the world has changed, and their role in it has shifted. Technology is not their expertise - so they need to find and embrace people who can provide it with their interests at heart.

Third: anti-trust legislation must be reformed. The current legislation, which looks at pricing as an indicator of consumer welfare, makes little sense in the internet era. A monopoly that is provided free at the point of use is still a monopoly, and may still have a crushing effect on society and the economy.

Fourth: we need an uptick in grant-based funding for open technology projects. Venture capital funding has an important place in the technology ecosystem, but VCs tend to want their investments to "own" a market. Monopoly is seen as a feature, not a bug. Technology projects that are inherently anti-monopolistic are currently harder to fund. And in a world where startups are incredibly highly-funded, it can be hard to lure top-level talent to other projects.

Fifth: open technology projects need to find ways to be as usable and human-centered as their walled garden cousins. Having great principles doesn't absolve you of the requirement to solve real human needs in an elegant way.

Sixth: we have to accept that the news might not be profitable, but we need it more than ever before. It's time to accelerate innovation around models for support.

Photo by Brian McGowan on Unsplash