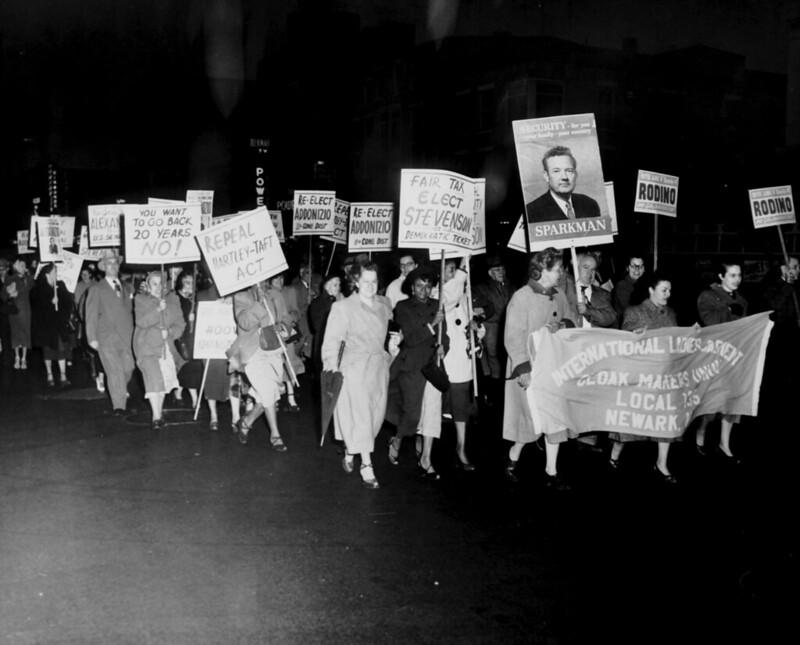 Happy Labor Day. While the rest of the world celebrates its labor movements on May Day, America chose its date to disassociate with a massacre of labor protesters by police in 1886. A further protest in Chicago's Haymarket Square devolved two days later: a bomb was exploded by an unknown person and killed a police officer, and the cops again indiscriminately opened fire. Ultimately, socialists were blamed, as they always are, and the country succumbed to martial law.

The one country to have not chosen May Day to commemorate what became known as the Haymarket Affair is the one it happened in. The reason we drink beer and eat summer picnic food on Labor Day instead of considering its meaning is not an accident: it was a deliberate choice to bury the past and redirect our energy towards a holiday that celebrates "the dignity of work".

What insane, radical, unworkable idea were the protesters taking to the streets to advocate? It turns out it was the eight hour workday - something we think of as more or less normal today. In the cold light of 2020, it's hard to imagine guns being drawn over a 40-hour workweek.

Of course, that's how it works: what seemed radical then is normal now. What seems radical now will be completely normal in the future. While Labor Day itself is less a celebration of the labor movement and more a commemoration of an attempt to diffuse it, history shows that it tends to resist that diffusion. The march towards equality is not inevitable, but it has been unstoppable.

Unions are an important part of that struggle: a counter-balancing force to corporate power that allows workers to organize together and meaningfully negotiate for better working conditions. While not every union is good, the idea of unions is very good. 65% of Americans continue to support unions, but only 10% are actually a member of one. Meanwhile, the stagnation of worker wages is directly connected to the decline of unions.

I have no doubt that unions have been intentionally scuppered since at least 1974, when the Taft-Hartley Act banned sympathy boycotts and made "right to work" laws possible. But they've also been in need of the kind of change and innovation we've seen in other organizations over the last few decades. What does it mean to have a union for a remote workforce? Or for gig workers? And how does the idea of a union change when everyone is connected by the internet and can communicate instantly with one another?

Kati Sipp's excellent site Hack the Union has been expertly covering these kinds of changes for years. I think it's also time for technologists - particularly open source and decentralization advocates - to think about how their skills could be brought to bear in order to create new kinds of transparent unions.

Movements like Occupy Wall Street and modern anti-fascists use a headless, non-hierarchical leadership structure rooted in transparency and consensus, making them harder to infiltrate or eradicate. What if unions learned from them and used tools inspired by Open Collective to organize dues in the open?

Decentralized Autonomous Organizations (DAOs) were created to take this leaderless approach and apply it to new kinds of businesses. Here, a blockchain is used to keep track of "who" is a member (using pseudonymous tokens instead of real-world identities), who can vote, and items put to a vote. Resources can be allocated based on what the organization decides. Instead of leaders, rules are maintained by code.

While DAOs were built to support a kind of libertarian ideal for business, what if they could be harnessed to support modern unions? The privacy and anonymity of individual members could be maintained while allowing any member to vote. Available resources could be inspected by anybody. There would be little potential for embezzlement and corruption, because of the unbreakable rules governing resource allocation, and membership could be spread organically.

I'm not a blockchain zealot, and there's no hard need for a potential solution for unions to be decentralized in this way. (Crypto-unions are just one suggestion.) What I think is needed is a conversation about how best to organize in the 21st century, so that the labor movement can continue its good work, so that worker rights can improve, and wages can break free of their stagnation. What's needed is a stronger opposite force to corporate power that allows ordinary working people to once again have a voice. The result will be to break more people out of poverty and create a more equal society for all.

In the meantime, enjoy your lobster rolls.

Photo from the Kheel Center archive.