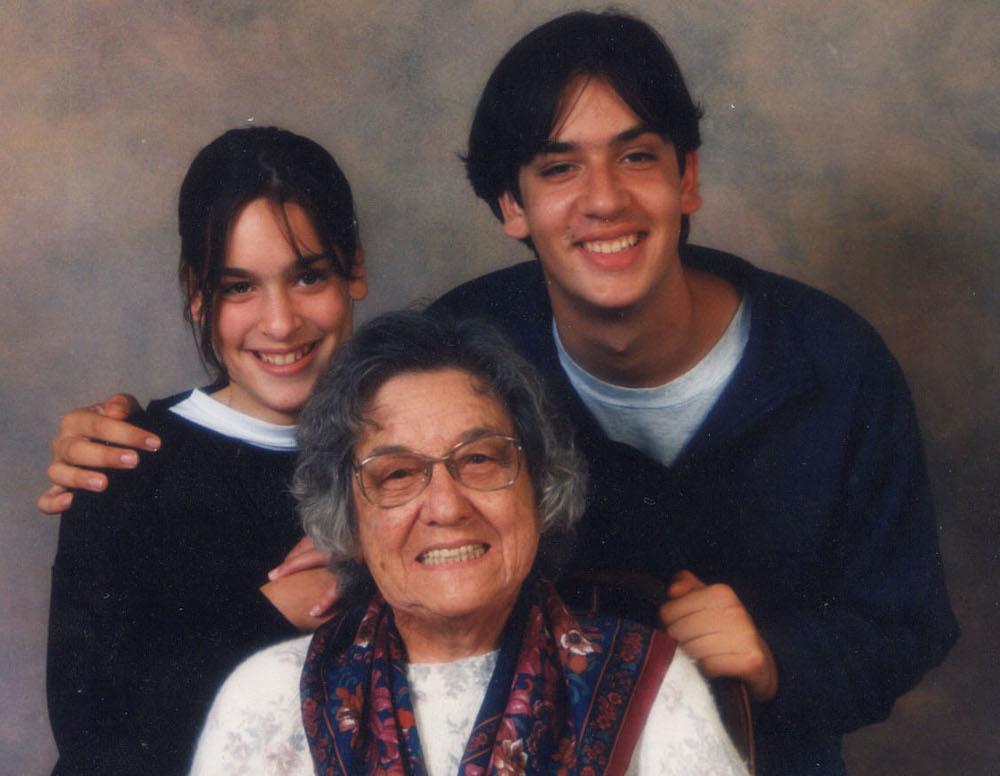 My Oma taught me to make food. That wasn't exactly her intention: she had become too old and frail to chop vegetables and stand over a hot stove, so I did those things for her. I was her kitchen surrogate. Through her instructions and careful corrections, I learned the superficial mechanics of cooking, and the generations-deep love and attention that goes into making a meal. Indonesian food made with American ingredients. Spices and stories, stirred together. Love and sayur lodeh.

Turlock, California is a small town in the San Joaquin Valley, next door to Modesto, and about two hours west of San Francisco. The air is hot and thick with almond dust, and the last bookstore that sold more than Bibles closed years ago. When my parents moved there in 2002, every radio station played country music, and the roads were littered with disposable American flags. It was less than a year after 9/11, and the feverish patriotism that had followed the attacks was waning.

They had moved from Oxford, a university town where many of the buildings dated back to the 1500s. A steady stream of scholars from around the world made for a cosmopolitan culture, even if the institution itself was long set in its ways. The museums and art galleries were free and numerous. Countless languages could be heard on its streets. Tolkien and Radiohead were among its children. Turlock was a universe away.

But it was important to be there for Oma. Even then, the rising cost of living in the Bay Area was pushing my family out, and as they scattered to the wind, my parents moved in to provide her with a home. That's why, when I graduated from university in Edinburgh with an honors degree in Computer Science and a popular website under my belt, I found my way to Turlock, too.

My Opa died before I was born. He was a leader of the resistance against the Japanese in Indonesia, and before that, the founder of a bank. My Dad's whole family was captured; Opa was placed into a work camp, while Oma and her children were imprisoned separately.

The children survived through Oma's ingenuity. My Dad was a toddler; without her wiles and instincts, I simply wouldn't exist. While the guards weren't looking, she would gather snails from around the camp and secretly cook them. My aunt would quietly escape and swim through the sewers to gather more food. The Japanese guards were brutal. Torture and killings were commonplace in the camp. These were dangerous activities.

When they emigrated back to the Netherlands after the war, escaping the Indonesian National Revolution, their property had been stripped as part of a rejection of colonial rule. (The Dutch, it must be added, were themselves a brutal colonial power.) Eventually, they found their way to California, where they ran a gas station on Highway 12 outside of Sebastopol, and a second one in Bodega Bay, which had previously featured in Alfred Hitchcock's The Birds. They lived in a small mobile home, and built their lives up from scratch several times. Even when flood waters destroyed their possessions, washing away the physical evidence of their life before, they picked themselves up and started again.

My aunts' lives were interrupted; their educations permanently put on hold. Generations later, this trauma still ripples through my family, waves of hardship emanating from a central event.

My Dad was drafted during the Vietnam War era, and became a non-citizen member of the US Army. It was through this, and the GI Bill that he was able to take advantage of afterwards, that he was able to get an education. He earned degree after degree, and found himself in Berkeley, studying philosophy and leading anti-war protests. He met my mother, an upper middle class Ukrainian Jewish American from upstate New York, herself descended from a family that escaped pogroms and had been forced to build a new life from scratch.

When it became clear that they would have a child, they chose to get married and move to Europe. I was born in Rotterdam and raised in England, the product of the ebbs and flows of immigrants caught in the wake of world-changing events. The toddler who survived the concentration camp earned a PhD in Economics from Oxford.

I wouldn't exist without Oma. When they moved back to California to give her a place to live and become her carers, I was completely supportive. But beyond those first four months in Turlock, the closest place to the Bay Area my parents could afford, I didn't stay.

It was almost a decade later when my mother was diagnosed with pulmonary fibrosis. The persistent cough that had dogged her for years took permanent hold. Her lungs began to scar up and shrivel, and she began to carry oxygen on her back. It became clear that she might not have much longer to live. There was no known cause and no known cure. It wasn't clear that a lung transplant would be possible, or that she would survive it.

So I moved to California to help look after my own parents, just as my parents had moved to look after my Oma. I wanted to be closer and help where I could. It ripped my life apart, and I found myself building it up again from two suitcases.

It's now been close to a decade. My mother often tells me what she wants me to make for dinner. I'll be her surrogate in the kitchen, mixing ingredients together to her instructions. The food I cook is made from spices and the history of all of us, our family and the families like ours, fractals of ebbs and flows of people that form the atoms of history and culture.

This is the world. We're all part of a constantly-changing map of humans caught up in each others' wake: twisting currents in the tide of generations. We are constantly moving and we have always been. All of us are immigrants. All of us belong. All of us survive through kindness and ingenuity, despite the forces of militarism, hate, and intolerance. The only constant is change. The only savior is love.