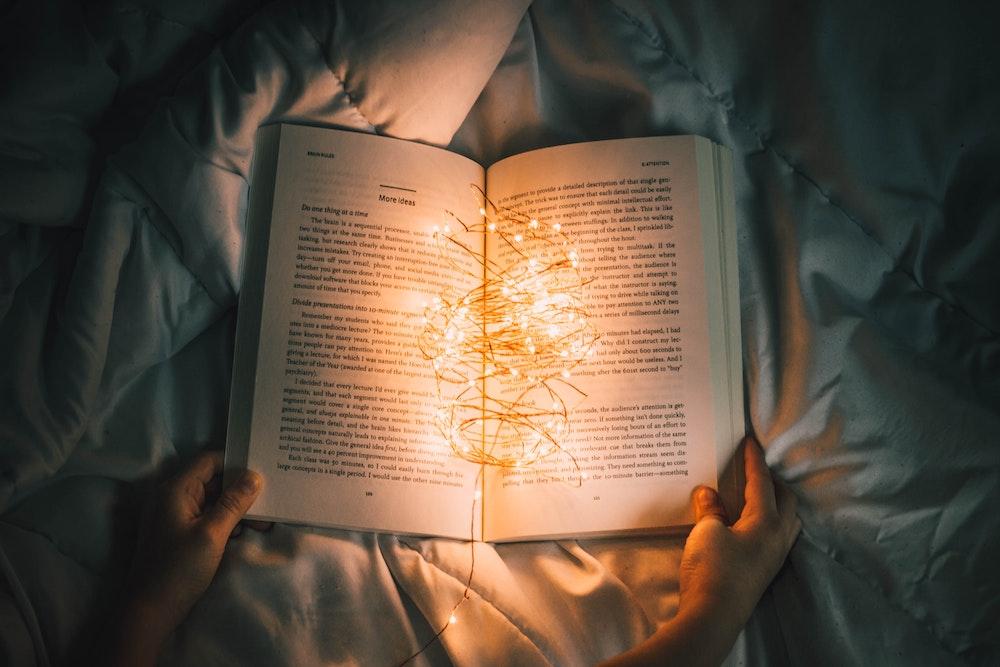 I grew up writing. As a child, I would wake up early every morning to write stories with my plastic Parker fountain pen before school. We always had reams of paper on our dining room table, lying in wait.

I learned to code not because I loved discrete logic or the power of algorithms, but because I decided that computers could help me tell stories in a different way. For me, the best source code has a narrative flow, which in turn operates in service of the narrative of the user. Code is an expressive, creative, human medium - but only if it is used to tell a story.

In a novel, the story finds its compelling core from the tension between the main character's inner goals and an important change in their external context. For example, take an alien invasion in isolation: while it's a dramatic setting, it's not particularly compelling in a vacuum. But let's zoom in on the main character. Maybe they've lost a loved one through an act of violence, which has made them want to shy away from any kind of conflict and keep to themselves. Unfortunately, now they happen to be the only person who holds the key to stopping the alien invasion - if they can only rise to the occasion.

It's a far more interesting story. An alien invasion itself isn't compelling, despite the pyrotechnics; what draws you in is the human story of someone who undergoes a personal transformation because of the invasion. We're naturally empathetic animals; we care about other people. We relate to the process of human change on a deep emotional level more than we relate to abstract ideas.

It took me a long time to understand this.

Startups, too, have a story. Just as a novel needs to be character-focused, a startup's idea alone isn't enough. Don't get me wrong, you need a smart idea - but for your startup to be a truly compelling prospect, you need to tell the human story of someone who undergoes a personal transformation because of what you've built. You have to imagine the novel of your venture.

My first venture, Elgg, was a stroke of luck. We had no idea what we were doing. Perhaps because of that, we fell back on the fundamentals of story: we tried hard to understand the internal needs of our customers and their external context, and built a product to address them at the intersection.

My second venture as a co-founder, Known, was not so lucky. Instead of centering it on real human needs, we built something that we thought should exist in the world. We centered our own desires, and I failed to get out of the way of my own ego. The result was that while Elgg is still in use, and was used by governments, non-profits, and corporations around the world, Known was never able to find escape velocity. It was intellectually driven and founded on a good idea (it's really dangerous for everyone in the world to get their news and post their social activity on just a handful of platforms), but was never able to find its emotional center. Because the story was missing, it was never truly compelling to us, let alone anyone else. So it floundered.

Imagine an accounting service. Is your heart racing yet?

But now, let's talk about the main character. Imagine someone who owns a small business in the middle of the country. This company was already stretched thin because of widening income inequality, and now has to stretch even further to make ends meet because of the pandemic. Financial hardship means that employees sometimes don't show up for work because they can't afford to fix their car, or because childcare is out of reach for them. The business owner genuinely cares: they've been making one-time loans and running a hardship fund to bridge the gap. But if they're not careful, they'll run out of money, and everyone will be out of work - so they need to find creative ways to provide help to employees and stay in business.

This far more compelling story sits at the intersection of the top-down trends (the financial situation, the pandemic) and the bottom-up needs (business owners need to help in order to keep their employees but are having trouble finding the funds). It's a tightrope. Given enough specificity, we can be made to feel the business owner's pain.

The customer (here, the business owner) is the first character in the story. The startup (here, the accounting service) is the second. First, the customer is introduced, complete with internal need and external pressure. Then the startup is introduced: a group of humans who provide a solution for both the need and the pressure (a one-click way to help find hidden reserves of funding employee assistance programs, at a negligible cost). They meet somehow (the "discovery moment") and ride off into the sunset together, living happily ever after. The customer's pain is solved. The startup's value is proven.

Of course, if this was a pitch, the startup would have to talk about how it's going to meet millions of these customers and grow like wildfire because it meets their needs so well. In turn, it meets their needs because the product is built in service of a business strategy that is informed by empathy. It's not built to be something for everyone: it's built to service the deeply-held needs of a specific group of customers.

I've been both kinds of founder. It's a lesson you only need to learn once.

The key to story is that it's all about people: how they change and grow. If your novel doesn't hinge on that, nobody's going to read to the end. If your business doesn't hinge on that, nobody's going to care what you do - not even your own team. The first step is to find out who your characters are, and understand them as deeply as you can. Then, tell a specific, visceral story that your entire community can rally behind.

These days, I don't need reams of paper sitting on the dining room table, but I still wake up early to write stories. Being able to use imagination and empathy as building blocks feels like a gift. As it turns out, it's one we all have access to. We just need to read more, and care more.

Photo by Nong Vang on Unsplash