Here's the media I consumed and found interesting in February. 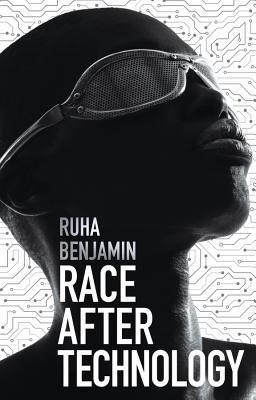 Race After Technology: Abolitionist Tools for the New Jim Code, by Ruha Benjamin. Recommended to me by my friend Roxann Stafford, who used quotes from it in our session on designing for equity. It makes clear how automation can deepen discrimination, and how the appearance of algorithmic neutrality is superficial. An important read for anyone who makes software - and anyone who uses it, too.

Coda. I'm a die-hard AirTable user, and live in Google Docs. I'm not sure if I'm ready for this to replace them yet, but it's nice to have something else to experiment with, and a document platform that isn't tied into Google.

Notion. I'm not a new Notion user, but this month I doubled down as using it as my personal organizer both for work and my personal life. Its sync-everywhere design and very loose approach to structure are really working for me.

Withings Health Mate. Again, not a new app for me - but this month I bought a BPM Connect blood pressure monitor, which has already been game-changing for me. The short story is that my blood pressure is much higher than I thought it was. Knowing this and being able to easily track the trend allows me to do something about it.

American Factory. An Oscar-winning documentary about a Chinese auto glass plant that opened in Dayton, Ohio. A deeply stressful but compelling watch.

“Far and away the most disorganized place I’ve ever been a part of”: Inside Acronym’s disastrous foray into the Iowa caucuses. The Iowa caucuses were an unmitigated disaster. It sounds like this is a symptom of systemic issues at Acronym, the group that created the app at the heart of the problem.

Inside the closed-door campaigns to rewrite California privacy law, again. A fascinating glimpse into how legislation is made. We're going to see privacy legislation rolled out nationwide; tech companies are going to want a big say in how it's written.

Russia Doesn't Want Bernie Sanders. It Wants Chaos. "US officials warned Bernie Sanders that Russia is “attempting to help” his presidential campaign" - but that doesn't mean they're endorsing Bernie. It's all about finding ways to sew discord.

The Bernie Bro Narrative Erases Women Like Me. "Sanders’ base is more diverse than the angry online mob of white men people love to complain about." I wonder how many of the so-called Bernie bros are actually bots - and not from the Bernie campaign. It would be a great way to discredit him. My observation is that on the ground, it really is a diverse movement.

JP Morgan economists warn climate crisis is threat to human race. So can we do something about it, already? The irony that JP Morgan is one of the most prominent backers of fossil fuels businesses shouldn't be lost on anyone.

Trump's "Deep State" hit list. "The Trump White House and its allies, over the past 18 months, assembled detailed lists of disloyal government officials to oust — and trusted pro-Trump people to replace them — according to more than a dozen sources familiar with the effort who spoke to Axios."

Bernie Sanders isn’t a democratic socialist. He is a social democrat. While I'm an Elizabeth Warren supporter, I would be very grateful to see the social democracy model I enjoyed in Europe take hold here. It's better for everyone.

A third of Poland has now been declared an ‘LGBT-free zone’, making intolerance official. And yet, we haven't said a word about it. I'm worried that worse is to come.

Swinging the Vote? "Google’s black box algorithm controls which political emails land in your main inbox. For 2020 presidential candidates, the differences are stark."

No Email. No WhatsApp. No Internet. This Is Now Normal Life In Kashmir. "On August 5, India’s government, led by Prime Minister Narendra Modi, revoked Article 370 of the Indian constitution, which granted the Muslim-majority state of Jammu and Kashmir a measure of autonomy. The government split the state, a region disputed between India and Pakistan, into two territories. Supporters of Modi’s Bharatiya Janata Party hailed the move, while Kashmiris, many of whom want to see Kashmir join Pakistan or become independent, were angered. To prevent public opposition from turning into open rebellion, India’s government detained Kashmiri politicians, arrested thousands of activists and academics, and imposed a complete communications blackout. Overnight, mobile phones and landlines stopped working, broadband lines were frozen, and text messaging stopped."

Grantland and the (Surprising) Future of Publishing. An old Stratechery piece that's new to me: how the future of media may be in building an audience via the web and monetizing it through alternative media forms.

The Original Renegade. "A 14-year-old in Atlanta created one of the biggest dances on the internet. But nobody really knows that."

My boyfriend’s wedding dress unveiled my own shortcomings over masculinity. "My boyfriend’s wedding dress pushed me to perform a scrupulous inventory of my deepest ideas about masculinity and helped me identify my shortfalls as a woman who wants to help rewrite gender norms. As I went through this exercise, I chatted with a handful of girlfriends about it, who could all identify their own small hang-ups with masculinity: their need for men who are bigger and taller than they are, or who are better than them at sports, or who don’t cry in front of them."

She Coined the Term ‘Intersectionality’ Over 30 Years Ago. Here’s What It Means to Her Today. "These days, I start with what it’s not, because there has been distortion. It’s not identity politics on steroids. It is not a mechanism to turn white men into the new pariahs. It’s basically a lens, a prism, for seeing the way in which various forms of inequality often operate together and exacerbate each other."

Servant: Your role as a leader in the modern workforce. A fun article for me because Xiao Ma (Medium's Chief Architect) and Dan Pupius (CEO of Range) are both friends. But the wisdom here is real and applicable. "Range’s co-founder Dan had a very big impact on me. He used to be my manager at Medium for several years and introduced me to the concept of servant leadership. It helped me get comfortable being a leader; I didn’t want to tell people what to do, I just wanted to help and empower other people. Servant leadership helped me to see “leading” from a different perspective. In my opinion, there is no better approach to leadership. Leadership should always be servant leadership." I agree.

Founder of Bob’s Red Mill Natural Foods transfers business to employees. "Moore, whose mutual loves of healthy eating and old-world technologies spawned an internationally distributed line of products, responded with a gift of his own -- the whole company. The Employee Stock Ownership Plan Moore unveiled means that his 209 employees now own the place and its 400 offerings of stone-ground flours, cereals and bread mixes." I couldn't love this more.

Could this plan make Facebook obsolete? Kaliya Young is one of my favorite people in tech. And yes: the work she does will be a big part of the future of tech.

How Big Companies Spy on Your Emails. Connecting to your inbox to provide some superficial benefit (unsubscribing from newsletters, say) and then selling information about the emails you receive is a surprisingly big business.

I stumbled across a huge Airbnb scam that’s taking over London. And everywhere. I still remember finding myself in an illegal Airbnb hotel in New York for Matter Demo Day, which wasn't up to code and was both dangerous socially and physically.

Signal Is Finally Bringing Its Secure Messaging to the Masses. Everyone should be using Signal, the open source, encrypted messaging app. Highly technical users complain about a few missing features, but for most people, it's their best chance of privacy for their messaging. Bringing this to a wider audience is really good news.

WordPress’s role in a changing web. "And that’s why open source is becoming “Animal Farm”. A movement which began to fight corporate dominance is now being co-opted by corporate dominance, because projects like ours sneer at the concept, the process, and the thought of involvement."

How Legal Weed Disrupted This Flower Startup’s Supply Chain. "After the legalization vote, many of the local suppliers she’d once leaned on to provide the flowers that made up her bouquets were suddenly turning to a new crop." Fascinating to me.

A Balanced Approach to Growth: How startups can optimize and innovate their way to more growth. "To put it plainly, growing through data analysis and A/B testing isn’t the only path to future growth. While it seems obvious, I see very few startups designed for innovation, which may be the biggest driver to new growth for your business."

General Catalyst leads $6 million investment in team productivity startup Range. I'm a huge Range fan (both the people and the software). We use it every day on the ForUsAll engineering team.

Kickstarter Employees Win Historic Union Election. This is a first in tech, but I hope many more follow.

Many Tech Experts Say Digital Disruption Will Hurt Democracy. "About half predict that humans’ use of technology will weaken democracy between now and 2030 due to the speed and scope of reality distortion, the decline of journalism and the impact of surveillance capitalism. A third expect technology to strengthen democracy as reformers find ways to fight back against info-warriors and chaos."

As the Start-Up Boom Deflates, Tech Is Humbled. "Layoffs. Shutdowns. Uncertainty. After a decade of prosperity, many hot young companies are facing a reckoning." I will be delighted to not be in an industry that throws tens of millions of dollars at pizza robots anymore.

Suckers List: How Allstate’s Secret Auto Insurance Algorithm Squeezes Big Spenders. "Insurers are supposed to price based on risk, but Allstate’s algorithm put a thumb on the scale."

Y Combinator's Series A Guide. A useful resource if you're raising a Series A; an insightful look at how Silicon Valley works if you're not.

What is 802.11ay and what could it mean for the iPhone. Think fast transfers, augmented reality glasses, and an ecosystem of peripherals working together.

Inside a Secretive $250 Million Private Transit System Just for Techies. It's hardly secret: the buses are everywhere here. I wish big tech companies would underwrite a public transport system for all instead.