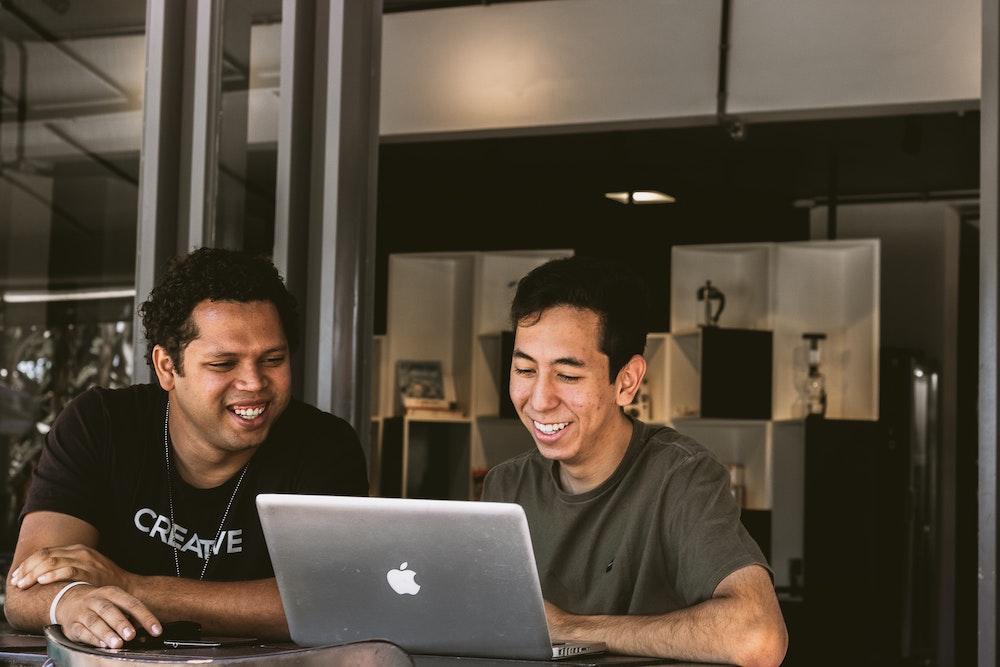 I've spent most of my career in or alongside relatively early-stage startups. I co-founded two; was the first employee at two more; I sourced and invested in 24; I supported a portfolio of 75. ForUsAll, where I'm currently Head of Engineering, has raised a Series B funding round and is still finding its feet.

What I've learned is that, more than a set of skills, entrepreneurship is a mindset. As Harvard Business Review has noted, it's about an ability to thrive in uncertainty, and an openness to new experiences:

Openness to new experiences is about having a restless need to explore and learn. It entails not just a willingness to proceed in unpredictable environments but a heightened state of motivation that occurs at the edge of the unknown and the untried. For individuals who score high on this dimension, the unknown is a source of excitement rather than anxiety.

I'm convinced that this mindset is learned, not innate. Anyone can be entrepreneurial, but if you've been surrounded by adverse uncertainty, you're more likely to find it stressful. If, on the other hand, you have plenty of examples of uncertainty working out well, you're more likely to see it as an opportunity. Like so many things, it's all about your personal context and history. It could be that you grew up at a level of privilege where nothing bad can really happen; it could also be that your family history is one of uprooting and reinvention by necessity. There's a reason why immigrants are twice as likely to become entrepreneurs.

But it's not just about that ability to embrace uncertainty. While I was the west coast Director of Investments at Matter Ventures, it became obvious that the founders who stood out were additionally able to identify their assumptions, and validate whether they were true or not. The people who were relentlessly positive and stuck to their ideas even in the face of all opposition - the ones who ran tests but always said that the tests validated their initial ideas - were far more likely to fail.

Every startup has a mission, a vision, and a strategy, in increasing order of concreteness. The mission - what the company exists to do - is unlikely to change. The vision - a short encapsulation of where the company is heading, and the world it seeks to create - is similarly unchanging. The strategy - how you achieve the vision using the mission - is likely to change frequently in the face of new information. If you're not able to clearly see if your strategy is failing, and correct it early, you're very unlikely to achieve your vision or fulfill your mission.

Whether it's a startup or a product in a larger company, having the right tools to derisk your entrepreneurial endeavor in an environment of uncertainty is important. Frameworks to perform rapid tests and make progress based on imperfect results can make you feel more comfortable with uncertainty, and make smarter decisions in adverse conditions. That's important not just for CEOs, but for every member of an early-stage startup team.

At ForUsAll, I'm going to be teaching entrepreneurial skills as part of a six month long course for employees that are interested. Participants will work on a made-up venture, and the cuorse will take participants through the basics of human-centered design, to validating their user, business, and technology risks, and then to telling a story about their venture (incorporating a real demo day). Finally, our CEO will lead a discussion on how these ideas apply to this startup. It's open to everybody - not everyone has opted in, but I've been pleased that the participants have come from across the company.

I started last week by facilitating a version of the Wallet Project for everyone in the company. Here, we start by asking everyone to design the perfect wallet. It's a typical solution-first approach, and it's really hard: there's not enough context to know whether or not what you're designing meets anyone's needs. Then we move on to a human-centered approach, based on interviews with a real person, who literally takes you through the contents of their wallet. Over several iterations, participants find themselves designing and prototyping (using paper, glue, modeling clay, etc) a genuinely meaningful solution. It's a great introduction to design thinking; I'd facilitated it many times before, but seeing it work across the whole company was powerful. 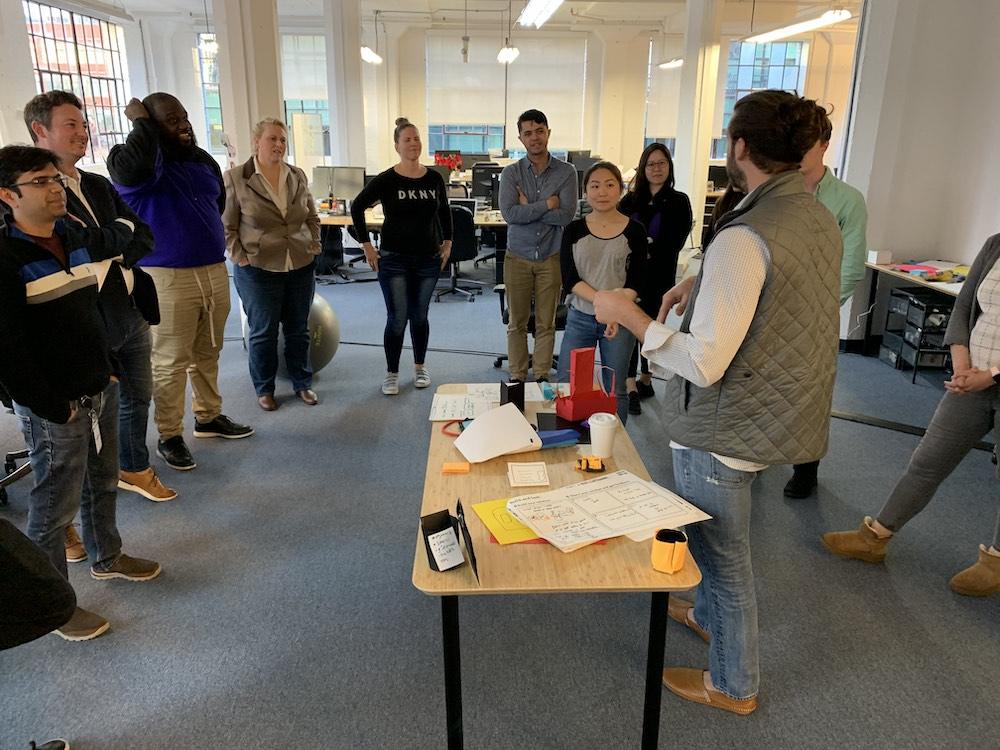 I'm excited to embark on the course, which draws on my experience both mentoring startups and running them. The hope is that it helps a wider set of people to be advocates for a user-centered approach with a bias towards action, which can only help the company. I believe it will help the participants throughout their careers, too.

I'd love to talk to people in other companies who are interested in running this kind of course. Accelerators don't just need to be for founders; everyone in an early-stage startup is an entrepreneur. Helping them achieve these mindsets will help the whole company succeed.

Photo by DISRUPTIVO on Unsplash