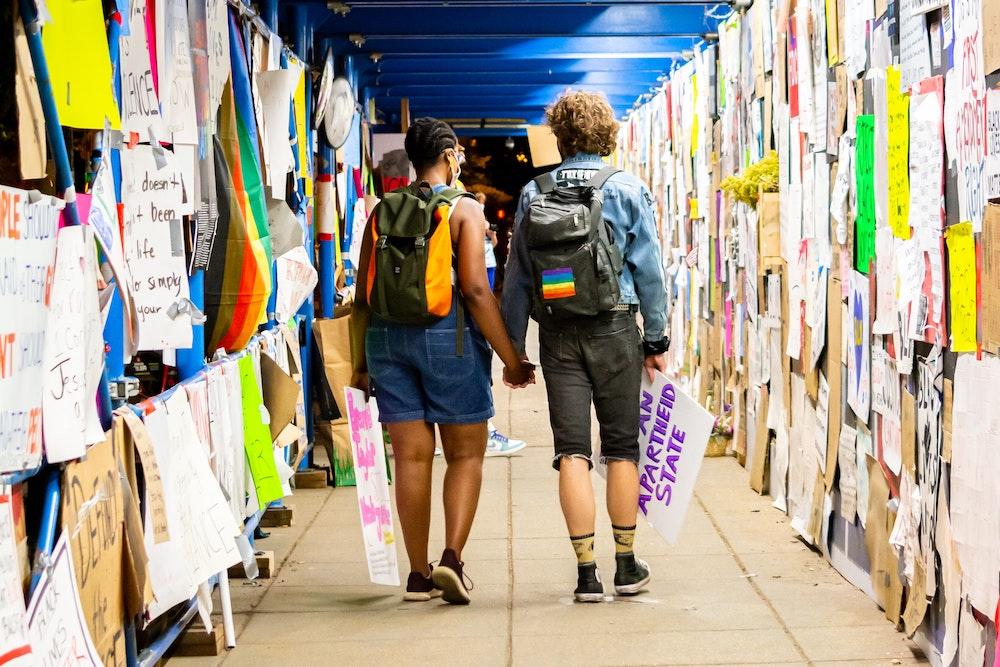 I want to unlearn the definition of "disruption".

Disruption in the Clayton Christensen sense is all about removing an incumbent business from its perch by reaching an audience it has overlooked and growing from there. It's about building a business by out-competing another business. As far as business goes, it's good strategy, but it doesn't do much to change the status quo. You may have out-innovated someone else's company, but the rules of business remain in place.

The thing is, the rules of business aren't working. The systems we have in place depend on outrageous inequality and are enforced by police who gun down people in the street with relative impunity. They incentivize keeping millions of people homeless so that others can grow wealthier. They enforce a widening divide between people who are inside the system and people who are locked out in such a way that the only way to beat the system for your own well-being is to perpetuate it.

Originally, the web was a movement. It's hard to remember now, but allowing everyone to publish was a major social change; giving everyone a voice was a new idea that many people argued (and continue to argue) against. Previously, publishing was a privilege that was bestowed by a circle of predominantly white men. Now, any old riff-raff (or to put it another way, anyone regardless of whether or not they had received permission) could stick up a website and be read by millions. It was a revolution.

It was that revolution - not the ability to make money or the opportunity to create new businesses - that made me fall in love with the web.

Of course, what came next was hardly revolutionary. The existing gatekeepers fell, and were replaced with yet more gatekeepers, who used the global nature of the web to become bigger and more powerful than their predecessors. The excitement of empowering communities all over the world gave way to a wave of people who were excited about building bigger companies and generating more wealth than ever before. The incumbent structures were disrupted in favor of yet more of the same old business.

I want to return to that revolutionary spirit and reclaim the web's radical core.

That doesn't mean I want to turn back the clock. The web movement was, itself, predominantly white and male. As a direct outcome, it tended to overlook the abuse and systemic oppression overwhelmingly experienced by women, communities of color, and LGBTQIA+ communities. As a whole, it was Euro-centric and dismissive of the global south. It's not revolutionary if the same old faces are in charge: the only way the movement can succeed is through radical inclusion. Leadership must be open to people of all backgrounds and contexts; ownership of the process, as well as its outcomes, must be truly democratic.

But we badly need to get back to the business of disrupting global capitalism itself, in order to create something that truly works for everyone. To do so, we must be informed by the past, but ready to build something genuinely new. In the same way that allowing everyone to publish radically changed the cultural landscape forever, we need to change nothing less than who is allowed to be an owner of the processes that run the world. The flow of money; the flow of political power; the flow of permission. Speech was just the first step.

This North Star of real, radical change is the definition of disruption I want to be governed by. I want to help create a more democratic, more equal world, where authority is devolved to all of us. It's not about getting rich. It's about sharing power.

Photo by Gayatri Malhotra on Unsplash