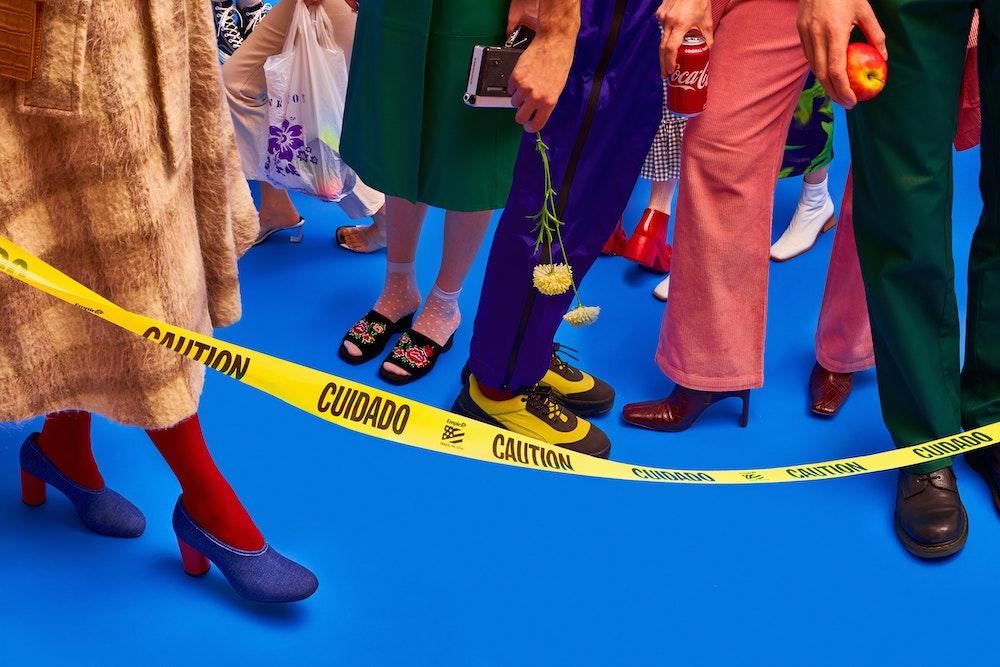 Dan Crenshaw, who represents Texas's second congressional district, published a pretty partisan op-ed in the Wall Street Journal this week. In it, following a series of misrepresentations of liberal policy positions on the crisis, he offers:

It is time to reopen America in a smart and deliberate fashion and stop calling people murderers because they want to get back to work. The American people are responsible enough to live free and confront risk. Let them do so.

You might recall his Texan senate colleague Dan Patrick's suggestion that we should sacrifice the elderly to get the economy moving. Sacrificing lives to get back to work seems to be a common argument among Texas Republicans.

Still, there's a good reason why these arguments will be attractive to a lot of people: people are really hurting right now.

I'm one of the lucky 37% of Americans whose job can be done from home; the majority do not have this luxury. There have been 38.6 million unemployment claims over the last eight weeks, bringing the unemployment rate to 17.2% as of last week. This in a country that has arguably the worst worker protections in the developed world, and the only industrialized nation without universal healthcare. America is a brutal place to live through a pandemic.

In this environment, it makes sense that a lot of people feel they need to get back to work. Without a steady paycheck, and with no social safety net to fall back on Americans are much more likely to fall into homelessness than citizens of most countries. It's an utterly dire situation, brought about by a steady erosion in workers' rights, and rising income inequality over decades. Around 133,000 deaths a year are caused by individual poverty in the United States - a number that will surely get worse as more people lose their livelihoods.

But going slow to go fast works for pandemics, too.

Research into the 1918 Spanish flu indicates that cities which implemented stronger measures to contain the outbreak didn't perform worse during the pandemic, and performed better than other areas once the pandemic was over. The pandemic, not the lockdown, is the source of economic collapse: the Wall Street Journal, a conservative-leaning newspaper that published Crenshaw's op-ed, reported last month that economies without lockdowns were freefalling too.

If there's a choice at all, it's not between locking down and a thriving economy; the economy will nosedive either way. The choice comes down to how many people we want to die along the way. (Spoiler alert: the number of people you should be okay with dying is zero.)

Americans are dying at a rate of one 9/11 every one to two days. People of color are particularly at risk. The US death toll has eclipsed every other country's death toll in absolute terms (although it's currently 12th in the world per capita). The government's own estimates imply a death toll anywhere between 300,000 and 1.8 million Americans without shelter in place orders - and many statisticians believe they've been lowballed.

People aren't stupid. In an environment where hundreds of thousands of people are dying, most Americans are not going to start eating at restaurants, gathering in large groups, or going back to work in crowded offices. They're not going to take flights if they can help it, or go on lavish holidays. Polls show that most Americans don't want to reopen at all. And all this before the predicted second wave, which will cause a spike in the number of deaths and depress the economy further.

Abandoning lockdowns when the death rate is still rising will damage the economy more than continuing the quarantine. It will also potentially kill millions of people with lives, loved ones, hopes and dreams. Which should probably be the primary concern for anyone who isn't absolutely soullessly dead inside.

If we don't tackle the source of the problem rather than the symptoms, the economy will be depressed for years, and many people will needlessly die. Nobody in any party should want that. So let's go to the source, and put some more faith in science and innovation.

Researchers are curently trialling a Covid-19 test that will report results in 20 minutes, without being sent to a lab. If it works, we'll all be able to test ourselves on a regular basis, and self-quarantine if we get a positive result. Even if it doesn't work, reliable, slower tests are available, and there are some promising early results from vaccine trials (even if scientists, wisely, are urging for caution).

As Keith Humphreys at Stanford writes, widespread testing has controlled the virus in countries like Germany, Singapore, South Korea and Taiwan. But embracing these kinds of testing programs requires putting a confidence in government that doesn't come easily to Americans. It's not a part of America's DNA, for the same reason that we haven't managed to create a safety net or establish universal healthcare like every other developed nation.

If one was feeling particularly jaded, one might argue that caring for other members of our communities wasn't part of American culture. But it is. This is a compassionate country, full of people who energetically do care about each other. I believe we can do this.

Provable, widespread testing holds the key to opening up in the shorter term, and vaccinations will help in the medium to longer term. We will need to prove that we have been tested recently in order to go back to work. Once vaccinations are available, we'll need to prove that we've had one to combat this year's strain. The key isn't in a gung-ho belief in American risk-taking; it's in our ability to rise to the challenge and find a cure.

We also need to finally accept that the conditions experienced by the most disadvantaged in our society affect all of us. We need to provide stronger social support. We need to follow the advice of the American College of Physicians and enact universal healthcare, bringing American standards up to meet the rest of the world. We need to become community-minded, rather than ruthlessly individualistic, once again.

I'm over this pandemic. I hate being locked down. I want to see my friends and loved ones, and I want to go back to the office. But I want to do it right: in a way that establishes a true path forward and brings us all back to health for good. Widespread testing, investment towards a vaccine, and true social support while we wait for safety. That's the only way forward.