On the anniversary of a failed fascist coup 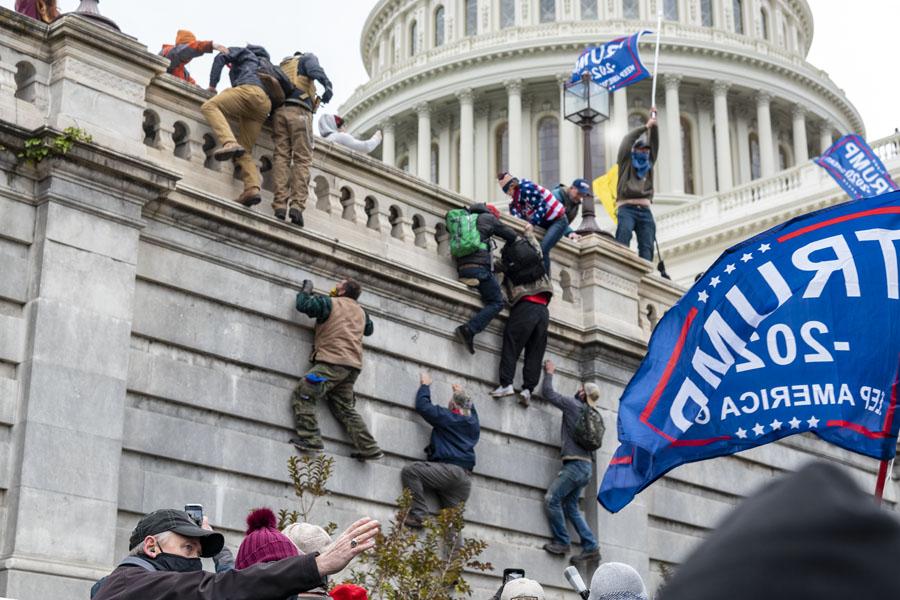 It’s only been a year since the attempted fascist coup by a coalition of the stupid. I don’t know how long it’ll be until the next time someone tries this.

Two things are particularly remarkable to me. The first is that it’s only been a year; it seems like decades ago, maybe, like something that happened in another era of human civilization. Were there rotary phones back then? Did people travel by zeppelin? So much has happened since then.

The second, of course, is that the right wing - press and political party, all wrapped up in a hateful, thick-headed bolus - is so adamant that this wasn’t an attempted coup, that there’s nothing to see here. That’s not what virtually any of them said on the day, but their political base is so far gone that the only thing they can do is go along with it. What does it say about our society when huge swathes of people can’t call a coup a coup? What does it say when some of those people are backed by millions of dollars in advertising or PACs?

The Donald Trump era isn’t over. The man himself probably is: a self-absorbed icon of cheap reality television who spent his time in the White House pushing a button for soda like a rat in a psychology experiment. But he was just the fake-tanned face for a movement that had already been growing and still lies malignantly under the surface of American society. Just this week, a technology executive in Utah was revealed to have sent an email around to his network claiming that vaccines were an extermination plot by the Jews. It sounds absurd; like something from a bad satire. Its obvious, wretched idiocy is matched only by the implications of its reality. There are millions of people who think like him, waiting for a leader to represent them.

Just as racism isn’t limited to people who use the n-word, this fascism is creeping and initially innocuous. Yes, it sits in the minds of people who wear Holocaust t-shirts and dress up in horns and furs to invade Congress. But it also sits in the minds of people who are unsettled with those who are different to them; who fear change; who believe we should all follow the same template of norms and roles; who are unsettled by the existence of trans people or Black Lives Matter or marriage equality. (The opposite of fascism is diversity.) Critical race theory is terrifying to them because it asks us to re-evaluate the American ubermensch; to them, the fact that our view of America’s founding was shaped by white supremacist values is best left unexamined.

The politicians and journalists who stoke this fear aren’t doing it out of some deep-seated conviction. They’re cheap opportunists, out to make a profit. They’re empty souls who will do anything to chase money and validation. They see a market and will take advantage of it.

“Evil comes from a failure to think. It defies thought for as soon as thought tries to engage itself with evil and examine the premises and principles from which it originates, it is frustrated because it finds nothing there. That is the banality of evil.” ~ Hannah Arendt

The soul-defying emptiness that defines American capitalism in this era is going to lead us to some very dark, very unpleasant places. My biggest worry is that the events of January 6, 2021 are a kind of foreshadowing. It’s not just that this was a terrible event, which it clearly was; it’s also that it was a terrible hint of what we can expect in our future if we’re not vigilant, if we’re not outspoken, and if we don’t change course significantly.

In the world we find ourselves in, there’s no space for silence; silence is, in effect, acquiescence. It says that there’s nothing worth speaking out or being impolite about. (Nice people made the best Nazis.) Alarm is justified. Proactivity is justified. Speaking out about the ludicrous events of last year is justified. It’s imperative for all of us that this movement is stopped in its tracks.

Photo by Blink O'fanaye, released under a CC license