Trying to build technology in service of a more equal world.

Mitt Romney: America Is In Denial

“I hope for a president who can rise above the din to unite us behind the truth. Several contenders with experience and smarts stand in the wings.” I wonder who he means.

“He was fired by Facebook’s outsourcing partner, Sama, in 2019 after he led more than 100 of his colleagues in a unionization effort for better pay and working conditions. He suffers from post-traumatic stress disorder as a result of his work, and is now suing both Meta and Sama in a Nairobi court, alleging that he and his former colleagues are victims of forced labor, human trafficking and union-busting.” 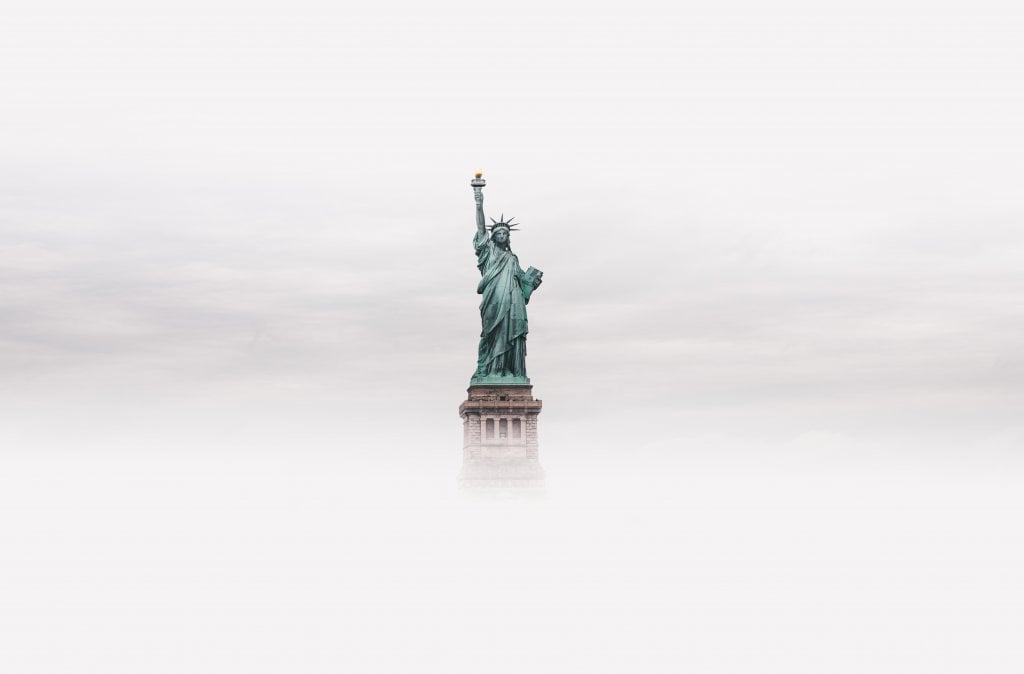 I’ve been very open on the internet for as long as it’s been available to consumers. If you search hard enough, you can find my teenage poetry and discussion posts; the journey of supporting my mother through her illness, and then my own grieving process after her loss; my reactions to September 11, the invasion of Iraq, and 30 years of Presidential and Parliamentary elections. It’s all out there: sometimes on a live website, sometimes in the Internet Archive, but nonetheless there to see if you want to find it.

This is an undeniably privileged position. I’m a white-presenting man who has lived in a developed nation during a prosperous, liberal period of history. My freedom of speech has never been in question; I’ve never felt in danger because of my opinions; there’s been no need to withhold. I started posting on the internet early, and it’s never really occurred to me to stop. Mostly, it’s only brought about very good things for me. I’m very lucky.

It hasn’t always been so for my family. My great grandfather fled pogroms in Ukraine; my father is one of the youngest concentration camp survivors. My Oma, my paternal grandmother, had nightmares about the camp every single night for the rest of her life.

I sometimes have run the thought experiment: if we weren’t living in the 21st century, if I’d been born in the Netherlands in the 1930s instead of 1979, if there were white nationalists marching in the streets and rounding up Jews, who would I be able to trust? Who would be the people who would say no to the prevailing cold winds and put themselves in danger to help someone labeled as undesirable, and who would not? Who blindly follows rules and seeks to fit in, and who stands up for what is right?

It’s kind of a messed-up, reductive thought experiment, of course, but it’s also clarifying. Because I’m white-passing and have a British accent, people have felt safe to say all kinds of terrible things around me. People have said terrible things to my face about immigrants (of which I was one), Jews (ditto), and Asians (hello). Not to mention about other ethnicities, about members of LGBTQIA+ communities, about other nationalities and identities. And then there are the small things: not overt bigotry, but the tiny microaggressions that lead to discrimination; HOA jobsworths and country clubs. You would hope that I would find most people to be safe in my twisted little thought experiment; they are not.

It should go without saying that this is nothing compared to what others have experienced. I have all the privileges that come with being a white-passing man with a colonizer’s accent. The experience of women, people of color, and LGBTQIA+ people in this country is well-documented and oppressive. It’s a country where parents are encouraged to use military-grade encryption to share information about their pregnancies for their own safety. Where where police can shoot an unarmed Black man in the back 90 times as he runs away.

Frederick Douglass delivered What to the Slave Is the Fourth of July? 170 years ago. It’s remarkable how little has changed.

Still, my thought experiment has taken on new meaning over the last few years.

I don’t think it’s fair to say that America is at a crossroads. If anything, it’s on a luge. We’re descending ever-faster into a world where contraception and same-sex marriage may not be protected, where scholars are warning that fascism has taken root, and where headlines reference “democracy advocates” as an interest group. It’s a country where mass shooters write screeds about the “great replacement theory” that suggests Jews are bringing in non-white immigrants to replace white voters as part of a political agenda. A country where racists can chant “Jews will not replace us!” on city streets and an outgoing President can abet an invasion of the Capitol by insurrectionists waving the Confederate flag. Where a right enjoyed for half a century can be taken away with a single judicial decision.

Some people have chosen to hide behind the nonsense phrase “this is not who we are”. It’s the equivalent of responding “not all men!” to complaints about endemic sexism. This absolutely is America: a place with a rising tide of vehement Christian nationalism, building on a bedrock that has been intentionally established over a period of decades. And the question has to be: what’s next?

On the two hundred and forty-sixth anniversary of the adoption of the Declaration of Independence, the immediate future of democracy in this country - and with it, freedom of speech and freedom of the press - doesn’t look particularly rosy.

I find myself revisiting the wisdom of my open remarks on the internet over the last thirty years, published for the world to see. Realistically, I can’t take them back. But from a Christian nationalist worldview, there’s plenty out there to incriminate me. Regardless of what I’ve said, there’s plenty inherent to my identity that someone of that persuasion might react to. And, again, I’ve got it far easier than many.

And I find myself revisiting my thought experiment.

If someone chooses to have an abortion under this new nationalism, who can be trusted to help and protect them? If an organization refuses entry to a person because of their sexuality, gender, or the color of their skin, who will stand up to them? If the police are targeting a Black man, who can be trusted to give him aid? If immigration raids threaten to tear families apart and break up communities, who will warn them and give them shelter? Who will speak up for their liberty and justice? And if we continue down this road, following ICE detention camps, forced rendition, and seemingly-endless police shootings, what then? If someone in government - perhaps one of the many nationalist-aligned candidates up for election - decides to agree with the Christian nationalists that Jews are, indeed, a threat? Who will stand up for freedom and who will fulfill the historical observation that nice people - people who kept their heads down, who didn’t get involved in politics - made the best Nazis?

The people who do stand up? The irony is that we’ve always been told those are American values. That America, the one stories are told about, is worth standing behind. An America that believes in equality; an America that is a pinnacle of democracy; an America free from bigotry; one that stands for liberty and justice for all. It’s just not the one we happen to find ourselves living in.

Photo by Luke Stackpoole on Unsplash

“A lawyer for the family of Mr. Walker said the footage shows that he was running away, unarmed, when police officers fired at him more than 90 times. The lawyer, Bobby DiCello, reviewed footage of the shooting on Thursday. His legal team also visited the medical examiner’s office on Friday and reviewed the autopsy, which has not been finalized. Mr. DiCello said it showed that Mr. Walker had been struck at least 60 times.”

The Knight Foundation is Betraying its Mission

“By sponsoring a journalism event featuring Tucker Carlson, the philanthropy is mistaking openness for strengthening democracy.”

When truth is another casualty: Why Ukraine is losing ground in the war by not telling the whole story

“John Mair, co-editor of the book, says we should not confuse the proximity of this war with ease of access to information, saying: “The challenge for British journalists… is not just safety but keeping the right side of the so far invisible Ukrainian censorship machine.””

“Ann Zielke, a parent of a student in the district, told NBC News that School Board Vice President Terri Boyer claimed the book offered an "unbalanced" account of historical events. "What she said to me was that we actually need an 'American' perspective,'" Zielke said, adding that the people in the internment camps were Americans.”

“Jen Fitzpatrick, SVP of Core Systems at Google, wrote in a blog post that the company will start deleting visit data from facilities like abortion clinics, fertility centers, counseling centers, domestic violence shelters, addiction treatment facilities and weight loss clinics "soon after" the visits take place when its system identifies that a visit has taken place.”

A text editor is just a text editor, right? Well, not really - and it turns out I use a variety of text editors for different purposes.

iA Writer is how I draft and publish my blog posts and short stories. It’s a beautiful, minimalist markdown editor that knows when to get out of my way. And it supports Micropub, which lets me publish pieces directly to my website.

BBEdit is a professional text editor. I use it as my scratchpad; features like regular expression search and replace and smart syntax highlighting make it an easy place for me to inspect and adjust text files.

Ulysses is a long-form writing app. I’m writing a novel in it, and have a few abandoned starts to other long-form fiction. I haven’t used its grammar checker or editing tools (in general, I hate and distrust grammar checkers), but I know they may come in handy later on.

Obsidian is becoming my outboard brain. Some of those thoughts are public; you can find them at werd.cloud. I love that it’s completely cross-platform.

VSCode is my Integrated Development Environment of choice; if you’re a programmer, it’s a good chance it’s yours, too. If you’d told the me ten years ago that I’d be regularly using a product with “Visual Studio” in the name, I would have laughed at you - but here we are. It’s a testament to how much Microsoft has grown and changed.

Nano is the editor I use inside my terminal window. I prefer it to vi and vim; I just do.

Slab is how I write documentation to share with teams. It’s dramatically better than Confluence, which I’d used previously, for this purpose: lightning fast, with features that allow you to ensure documentation is current.

Apple Notes (in concert with Reminders) has become my place to keep track of work notes. It’s not perfect, but it’s steadily improving, and it’s always there, across my devices. The Quick Note feature is really neat, and I love that I can write in longhand with my Apple Pencil.

Google Docs is how I collaborate on documentation with other people. It’s easy, real-time, and cross-platform.

Microsoft Word is how I talk to lawyers and format fiction manuscripts.

What are your text editors of choice?

“Beginning this fall high schools in the nation’s most populous state can’t start before 8:30 a.m. and middle schools can’t start before 8 a.m. under a 2019 first-in-the-nation law forbidding earlier start times. Similar proposals are before lawmakers in New Jersey and Massachusetts.” This is a big deal. I can’t believe they were making teenagers go to school before 8am.