"In early May, the founder of Lessonly, a company that makes training software, sent out a companywide email issuing a mandate to all employees. But it wasn't the sort of mandate employees around the world have been receiving related to vaccines and masks. This mandate required that every worker take an entire week off in July." Next up, sabbaticals?

"The central bank said cryptocurrencies, including Bitcoin and Tether, cannot be circulated in the market as they are not fiat currency. The surge in usage of cryptocurrencies has disrupted “economic and financial order,” and prompted a proliferation of “money laundering, illegal fund-raising, fraud, pyramid schemes and other illegal and criminal activities,” it said." Cue a minor crypto crash. But honestly: I expect that other countries may follow and create a dividing line between places that allow these currencies and those that don't.

Russell T Davies to return as Doctor Who showrunner

Wowsers! RTD revived the best show ever made and laid the blueprint. I'm excited.

Like many people, I was appalled by the pictures of horse-bound border patrol agents corralling Haitian immigrants in Del Rio, Texas. Although the horse patrols have been suspended, that's far from the point: we don't treat people who are seeking a new life in America like they're people at all.

This week I'm donating to organizations that provide help and advocate for their rights. The Val Verde Border Humanitarian Coalition is "a group of local citizens and agencies that have united to develop an efficient way to transition refugees to their destinations upon release of federal custody through a unified and coordinated effort."

Because refugees often just arrive with little more than the clothes on their back, the coalition feeds them, provides clothing, medical care, and transportation. And recently, they've been doing it in huge numbers. "Founded in 1989 in response to the overwhelming need for pro bono legal representation of Central American asylum-seekers detained in South Texas, ProBAR has a long history of providing critical legal services to people at risk of deportation." 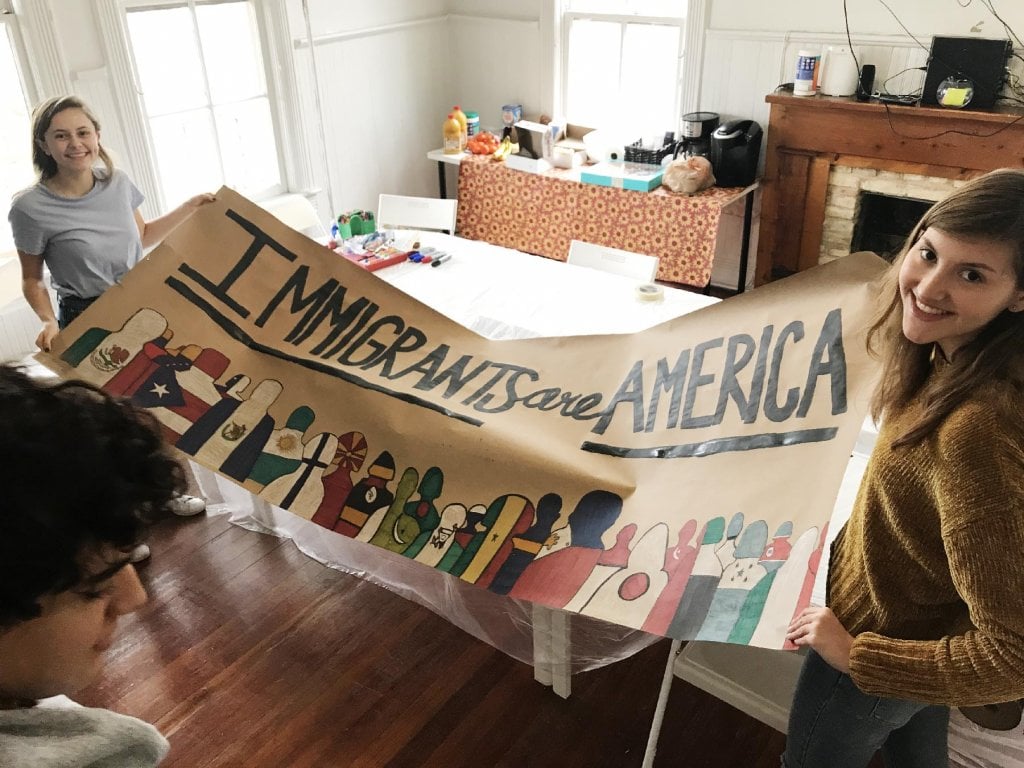 RAICES Texas is "a nonprofit agency that promotes justice by providing free and low-cost legal services to underserved immigrant children, families, and refugees. With legal services, social programs, bond assistance, and an advocacy team focused on changing the narrative around immigration in this country, RAICES is operating on the national frontlines of the fight for immigration rights. [It defends] the rights of immigrants and refugees, empower individuals, families, and communities, and advocate for liberty and justice."

Most recently, it joined forces with the ACLU, Oxfam, and other justice organizations to challenge Title 42 expulsions in federal court. It won a preliminary injunction, but the Biden administration has committed to ongoing expulsions. These must be stopped.

I’m kind of into MSCHF’s drops: a new project every fourth Monday. I’ve bought a few - my favorite is Spotting Plutes, a field guide for spotting plutocrats.

More than anything, it’s just a lot of fun. I’ve noticed that a few other groups have been inspired by MSCHF’s example: Party Round, the still-in-beta fundraising tool, has launched a series of numbered drops that includes a grant program offering $50K for big tech workers to quit their jobs.

While that feels more like a commercial endeavor, Danielle Baskin’s projects - like opening a Spirit Halloween at an empty Google office and the Oracle Open World conference for divination experts, psychics, and wizards - have even more of a sense of fun with more of a guerrilla sensibility. I don't think she was inspired by MSCHF, but the cadence and sense of humor of some of her work could be seen to fit in the same category - while at the same time often being much more authentic and interesting. (I want to be like her when I grow up.)

This kind of episodic, satirical art is really appealing to me. Poking fun at an industry that has a tendency to take itself a little too seriously is obviously appealing to me. As a consumer of these things, I enjoy being surprised and amused. But I’m also really into the idea of making this kind of work: a new project every month or so. Each one could end there, or it could turn into a fully-fledged project like Dialup.

I’m enthralled by the possibilities of this technology-enabled art studio model, and I’m curious: who else is releasing work like this? What have you enjoyed?

Returning to the Office and the Future of Work

"Wage labor can harm us in subtle and insidious ways, too. The American ideal of a good life earned through work is “disciplinary,” according to the Marxist feminist political philosopher Kathi Weeks, a professor at Duke and often-cited critic of the modern work ethic. “It constructs docile subjects,” she wrote in her 2011 book, “The Problem With Work.” Day to day, that means we feel pressure to become the people our bosses, colleagues, clients and customers want us to be. When that pressure conflicts with our human needs and well-being, we can fall into burnout and despair."

The trouble with ERGs

"An ERG wants to make all these really concrete changes often at a workplace but has no power to do that [...] They might have some funding or the ear of an executive, which we did at Uber, but ultimately it kind of relies on the good faith of an executive to work on whatever changes you want. ERGs kind of passively work against the idea of a union in that they're a way for you to kind of spend your energy without it turning into anything, which I'm really sad about, but that's what I've found in my experience."

"Gradually, Garland came to the same realization that many of her fellow educators have reached in the past four years: the concept of file folders and directories, essential to previous generations’ understanding of computers, is gibberish to many modern students."